The iOS 7 iPad release is reportedly coming after the iOS 7 for iPhone update arrives according to inside information, but with such a major update underway it would make more sense to deliver the iOS 7 iPad update at the same time as an iOS 7 release date for the iPhone.

Apple announced iOS 7 earlier this summer at WWDC 2013 in June 10th and shared an iOS 7 download link with developers later that day, but only for the iPhone and iPod touch version. Apple also showed the iOS 7 demos on the iPhone throughout the WWDC 2013 Keynote.

It wasn’t until two weeks later when Apple released the iOS 7 beta 2 that an iPad and iPad mini version of iOS 7 arrived. The delay of the iOS 7 iPad beta and a rumor from mid-August is the basis of speculation that the iPad iOS 7 release will not come as fast as the iPhone update. 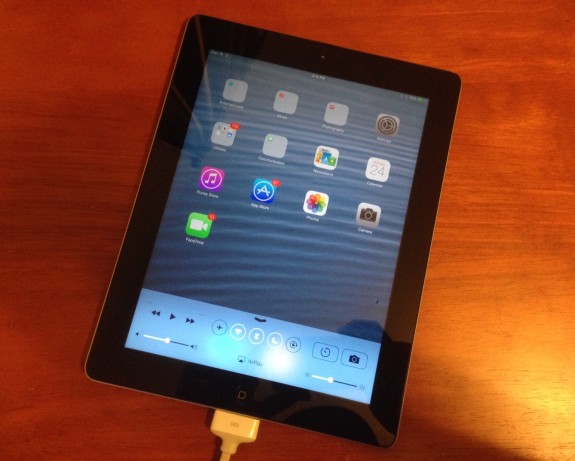 Rumors point to a possible iOS 7 iPad release delay, but we think Apple is pushing to deliver it at the same time as the iPhone version.

On August 19th, Mark Gurman of 9to5Mac wrote, “we’re told that the iPad version is running behind.” and claimed chatter inside Apple is that the iPad iOS 7 update may not come until an iOS 7.0.1 update in October with an iPad 5 and iPad mini 2. Gurman notes that the decision is not “absolute.”

An iOS 7 iPad update delay is possible, as Apple spaced out the iOS 4 iPad update by several months from an iPhone version. Apple released iOS 4 for the iPhone and iPod on June 21, 2010 and the iPad did not receive an iOS 4.0 update until November 22nd. While iOS 4 was a feature-filled update it was not as radical of a design overhaul as iOS 7 is.

While there is a chance Apple will follow this example, which as Gurman points out would allow AppleCare staff to support iPhone 5S and iOS 7 iPhone users first, it would create fragmentation Apple loves to mock Android for and force user to use apps and interfaces that don’t match. 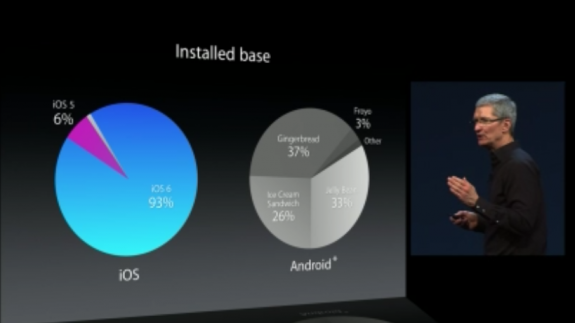 If Apple delays the iOS 7 iPad release users who own both devices would be using the new interface, new Apple apps and new completely new ways of using common features like Spotlight on the iPhone and be stuck on the old way of doing things on the iPad.

With an update that Apple CEO Tim Cook calls, “The biggest change to iOS since the iPhone.”, it could easily be a shock for users to go back and forth between iOS 7 and iOS 6 on a daily basis until mid to late October.

That’s not to mention the Apple Store problem which would come from users asking why the iPhone looks one way and the iPad and iPad mini look completely different. As Apple pushes to get more customers into their retail channel it seems like a speed bump to the Apple customer experience that Tim Cook would like to avoid.

Finally, with iOS 7 app updates already rolling in and over 50% of developers surveyed in early August planning to roll out iOS 7 only apps there is another reason for a fast iOS 7 for iPad release.

To be clear, we don’t have an inside source at Apple telling us that the iOS 7 iPad update is coming in September, but Apple’s history indicates the company is at least aiming to deliver iOS 7 for the iPad at the same time as the iPhone update.

We expect to see Apple announce the iOS 7 GM release tomorrow, and if it includes an iPad version it is a good sign that iPad users will get to use iOS 7 quickly.