Apple will announce iOS 7 at the World Wide Developer Conference (WWDC) in June along with iRadio and a mobile payment app that will be the iPhone 5S‘ killer feature according to an Apple analyst.

Morgan Stanley analyst Katy Huberty previously predicted a killer software feature for the iPhone 5S which it sorely needs, especially with the latest trends showing consumers are dramatically more interested in the iPhone 6.

In a new note today Huberty expands on what she thinks iOS 7’s killer feature will be and talks about how Apple’s hiring plans tip the preparations for iRadio. 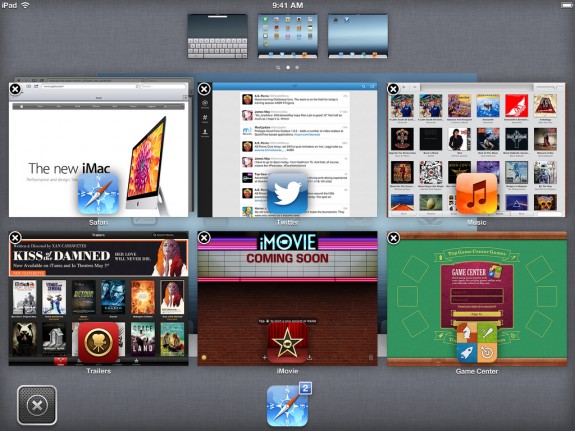 iOS 7 could bring iRadio and Mobile payments to the iPhone 5S according to a recent analyst note.

Huberty’s note, shared in part on Apple Insider, explains how iRadio might work. iRadio is the current nickname given to an Apple streaming music service, the likes of which would compete with Pandora and Spotify. iRadio may offer better integration with the iPhone, such as Siri control over stations and the ability to use Siri Eyes-Free to control the iRadio stations in a car.

According to Huberty, “Apple could offer a streaming music service using a freemium model.” This would allow Apple to let users try out the service and listen to a limited amount of music with ads, and power users could upgrade to unlock other features and remove ads.

Apple is reportedly in talks with record labels to include as many songs as possible in the iRadio service, but reports indicate that there are issues with pricing. Recent rumors agree with this note and highlight the possibility of iRadio arriving as a, “One more thing,” announcement at WWDC alongside iOS 7. The latest report indicates that Apple is making progress on a deal with multiple labels.

In the note, Huberty points to Apple’s hiring of Kevin Lynch, who has experience with subscription based services, as a sign that Apple is close to bringing a subscription music service to the masses.

On top of the iRadio details, Huberty also reiterated that the iOS 7 killer feature could be a mobile payment platform. Apple already offers Passbook with tickets and loyalty cards, but the iPhone 5S could take things further by combining a mobile payment feature which she believes Apple will launch with iOS 7. The iPhone 5S may include a fingerprint reader which could increase security and an NFC chip to handle mobile payments, but these rumors are disputed between analyst predictions and supply chain sources.

Apple is likely planning WWDC 2013 for mid-June and even with delays we should see a preview of IOS 7 and soon after we may even see a developer iOS 7 beta arrive. The iPhone 5S launch and release is rumored for summer or fall, though it may face delays until later in the year.