During today’s keynote at the Apple Worldwide Developers Conference (WWDC), Apple announced some significant changes to the Siri voice control system. Eddy Cue, Senior Vice President of Internet Software and Services, announced that the new version of Siri will be completely integrated into infotainment systems in many new automobiles.

Presently, the “best” integration option that Apple currently offers is Eyes Free, which is a button on the steering wheel that activates Siri voice control. By utilizing the Bluetooth and stereo system in the vehicle, the driver can order Siri to do many functions automatically. However, it does not actually integrate into the visuals of the system. Under the new system, that will change because everything on the iPhone screen will be duplicated on the infotainment screen. 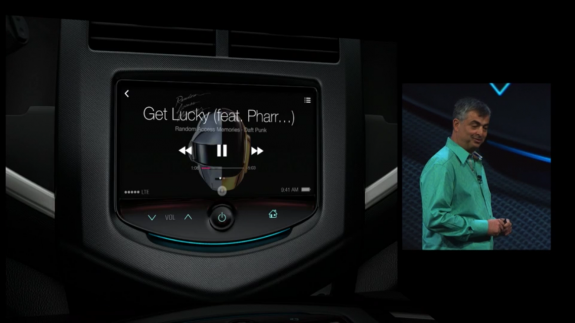 When playing an audio track, the album art, iPod controls and interface design elements (fonts, indicators, etc…) are all displayed on the vehicle’s touch screen. The driver can also interact with that touch screen the same that they would normally interact with the iPhone. 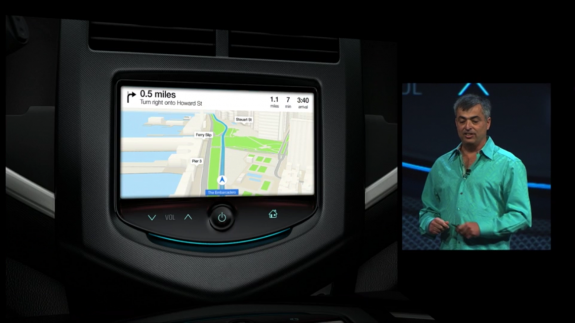 For mapping, Siri will display the iPhone’s map information right on the display. With iOS 7 and Mac OS X 10.9, a user could create a destination with Maps for Mac OSX and send that route to the iPhone. The driver can then access those directions through the infotainment system, bypassing any built-in system and using the Apple interface. Like before with the music, navigation controls are identical to that on the phone and controlled through the touch screen the same as on the iPhone.

Eddy also showed WWDC attendees which manufacturers signed on for the integration: 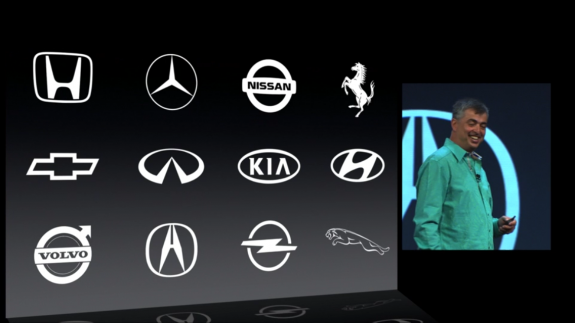 Manufacturers Who Have Signed On

Several big names are on there, as well as some smaller, boutique manufacturers (though Apple does have a long-standing relationship with Ferrari). Noticeably absent are Ford, BMW, and Toyota. Presumably, those manufacturers would rather have their own solutions (and those three do offer much more comprehensive solutions than the others) and want to maintain that branding. However, with many of those systems are receiving mediocre feedback with customers, it is a bit surprising to not see them on-board with offering an alternative.

iOS 7 will ship this fall. According to Apple’s iOS preview site this integration will start appearing in 2014. We will review the system as soon as we can get our hands on it. 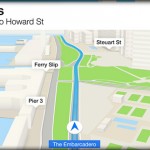 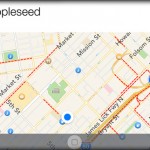 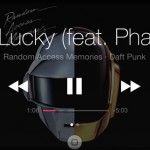 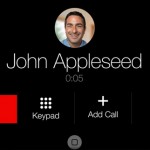 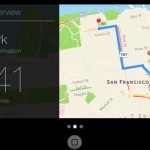