iOS 7: Where Apple Needs to Catch Up to Google

Google announced a collection of new apps and services at Google I/O and while there is no new version of Android yet, Google is pushing mobile services and apps further, a pre-emptive strike on iOS 7 which we expect late this year.

While some of the Google announcements are still a work in progress, the company is pushing forward and raising the bar in several areas.

Even without Android 4.3, there are plenty of new Google services that now beat Apple’s offering. Unlike new Android versions, Google is pushing the new features directly to apps, This means most Android users can already enjoy them, a move that is much more like Apple’s iOS rollouts.

Here are four areas Apple needs to step up the game in iOS 7 to keep pace with Android. 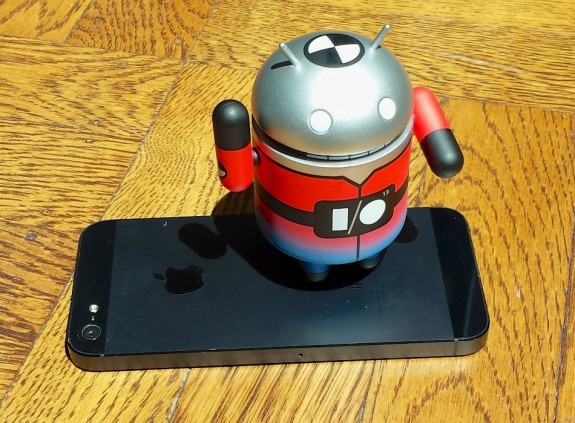 After Google I/O 2013 Apple needs to step it up in several areas when it comes to iOS 7.

Google+ frees smartphone photos from the smartphone screen and pushes them to the web with a host of improvements.

In iOS 6, PhotoStream sends iPhone photos to the cloud so users can share them with others and can view them on all their Apple devices, but the new Google+ photos features go much further.

Android users can now use Instant Upload to swiftly upload all their smartphone photos to the cloud, which is where the real magic happens. Google can recognize the scene, tagging photos as concerts, recognizing landmarks and more. But again, this is just the start.

With Google+ Photos the service can automatically fix photos with “Auto Awesome” a new feature that detects the photo scene and adjust corrections.

Once the photos are enhanced, the service also solves the issue of which photos to share, something that is a blessing for anyone who has ever taken 1,000 photos on vacation. Google+ Photos finds the best photos in the bunch, weeds out duplicates and creates a Highlights album to make sharing the best photos you take easier.

Compared to PhotoStream, which only keeps the 1,000 most recent photos on devices and doesn’t do anything to make the photos look better or organize them automatically, Google+ Photos is way ahead.

Google Beats iRadio to the Punch

Apple is widely rumored to be launching iRadio this summer, an Apple music subscription service which would offer full access to the iTunes catalog for On demand streaming, and likely personalized playlists a la Pandora.

Google beat Apple to the punch with the Google Play Music All Access announcement this week, which lets new users access a vast library of tracks for $7.99 a month the service will jump to $9.99 a month at the end of June, but it’s price right to compete with Spotify and other music streaming services.

While the actual implementation isn’t something that Apple will need to compete with heavily, Google’s ability to bring all the labels on board faster than Apple is impressive. The app is fluid and works great complete with lock screen, home screen and notification drawer.

While iRadio and Google Play Music All Access may not compete on devices directly, the overall performance, selection and usefulness plays a role in the attractiveness of Android and iOS.

Apple took an early lead with FaceTime and iMessage, but the company only offers the service for iOS users and limits FaceTime to a single caller.

Google Hangouts is now on the iPhone and Android at the same time, making it possible to carry on a chat or a video call with any Google user.

Google Hangouts also make it possible to quickly video call multiple people, so a family or work hangout isn’t restricted to one-on-one like it is in FaceTime.

Apple originally promised FaceTime was an open standard, one that could bring it to other devices, but it remains tied to Apple products. iMessage never arrived with the same promise, but as BlackBerry and Google bring their services to the iPhone Apple’s closed off approach becomes a weakness. Google Hangouts SMS support is on the way according to recent leaks, adding more to the service.

In iOS 7, Apple needs to finally step up and connect these services to other devices and enable multi-user video chat on FaceTime.

Google Now isn’t as easy to access on every Android device as Siri is on the iPhone, but it is quick to deliver the information you need when you need it.

This week, Google announced Reminders for Google Now, a new service that lets users set time and location based reminders. Unlike Siri, Google Now can set reminders for addresses and points of interest that aren’t in your contacts.

In addition to all of this, Google combines information from your searches and emails to deliver information when you need it including hotel details, flight information, directions to locations and much more. 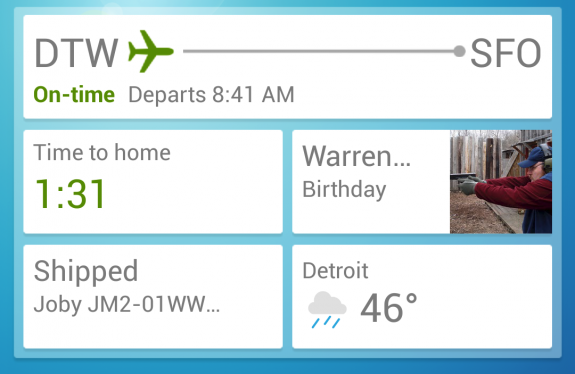 Google Now brings information you need to your fingertips, when you need it.

Siri delivers a lot of voice control features, but cannot predict what a user will need to know based on their habits. Without a widely used search engine and email service this could be tough for Apple to match, though the company is in talks to partner more with Yahoo and iMessage is a service full of information and with Siri and iMessage searches the service could get smarter.

Apple is reportedly working on a new look and user experience for iOS 7, which many users will appreciate, but the company could take a lesson from Google I/O 2013 and deliver a collection of small user experience tweaks and new services to the mix to stay competitive with Android. Apple is hosting WWDC 2013 on June 10th, which includes a keynote where Tim Cook and other company officials will likely introduce iOS 7 and new Apple services.