After using iOS 8.1.1 on the Phone 6 Plus for two weeks, it’s time to weigh in on how well this update handles. There are still some iOS 8.1.1 problems, and with an iOS 8.2 release not likely this year if you choose to update you’ll be on iOS 8.1.1 until Apple delivers a new update. This is even more important now that Apple closed the hole that let users downgrade to iOS 8.1.

This is our iPhone 6 Plus iOS 8.1.1 review after using the software for two weeks. Over the last two months Apple delivered several updates that finally brought us to iOS 8.1.1 and while it is not as big as iOS 8.1 it does deliver important fixes for common iOS 8 problems and iOS 8.1 problems.

Read our iOS 8.1.1 review on the iPhone 6 Plus to find out how this update runs.

if you have not updated we’ll walk you through our experience using iOS 8.1.1 and help you decide if you should upgrade to the free update from iOS 8 or from iOS 8.1. There are some iOS 8.1.1 problems that users definitely need to be aware of, but keep in mind many of these are not widespread.

Read on for our iOS 8.1.1 review on the iPhone 6 Plus after using the small, but important, update for the two weeks.

The overall performance of iOS 8.1.1 is similar across most iPhone 6 Plus devices, but as with any IOS 8.1.1 review there is a chance that you may run into a problem we did not experience. The specific upgrade process, your apps and services and bad luck may all factor into iOS 8.1.1 problems for some users that never impact others.

Overall iOS 8.1.1 on the iPhone 6 Plus is a very solid upgrade that fixes problems, without adding new issues and bugs to my iPhone 6 Plus. On the average day I am sending iMessages, using Google Hangouts, taking photos, making FaceTime audio calls and using some of the 69 best iPhone 6 Plus apps I shared. I don’t use each of these apps every day, and the apps I use are different from those you use, so keep that in mind if you experience any oddities we did not find in our iOS 8.1.1 review.

I am not experiencing any iOS 8.1.1 app problems on my iPhone 6 Plus. Over the past two weeks I’ve used my favorite apps to work, follow the Miami Dolphins, watch football on Sunday Ticket, manage my Fantasy Football team and much more. 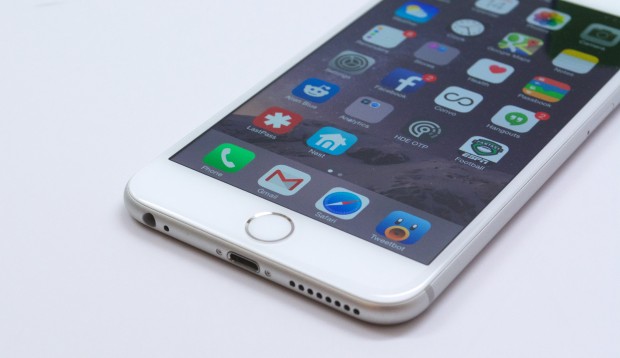 Apps run great on iOS 8.1.1, but there are still some crashes with Safari.

The only app issue I’ve run into is Safari crashing occasionally. This does not happen extremely often, and it is likely due to a webpage problem, but it did happen twice this week.

If you do experience app crashes on iOS 8.1 or iOS 8.1.1 you should make sure that your apps are up to date. Many developers deliver free bug fix updates on a regular basis that will fix problems with app crashes, freezes and odd behavior.

I use the iPhone 6 Plus on WiFi, with AT&T 4G LTE and 4G connectivity as well as Bluetooth on a regular basis. The iPhone 6 Plus works perfectly fine with Bluetooth headphones and I am able to connect it to my MyFord Touch system without any trouble.

The iPhone 6 Plus still connects to WiFi without any issues at home and on the go, allowing me to not use my wireless data when I can find a more affordable way to connect and stream video. AT&T 4G LTE coverage is good and continues to perform as it did on iOS 8.1 and iOS 8.

Overall iOS 8.1.1 connectivity is solid on the iPhone 6 Plus.

There are no major iOS 8.1.1 bugs and issues on my iPhone 6 Plus. The iPhone 6 is starting to show landscape issues again, where the phone will get stuck in the landscape even though I am holding it in portrait. Oddly this is not a problem on the iPhone 6 Plus running iOS 8.1.1.

Another problem is extremely poor FaceTime Audio performance. The audio is choppy and some calls are unusable when the other party cuts out too often. This happens on the iPhone 6, iPhone 6 Plus and even on a Mac, so it may be a service issue and not an iOS 8.1.1 problem.

If you do run into problems with iOS 8.1.1 bugs and issues, you can check out our list of fixes.

It is no surprise that iOS 8.1.1 runs fast and smooth on the iPhone 6 Plus. This is a new device that is already fast and iOS 8.1.1 does not do anything to slow it down. Switching apps, opening new apps and basic tasks are all as fast as the day it arrived in September. 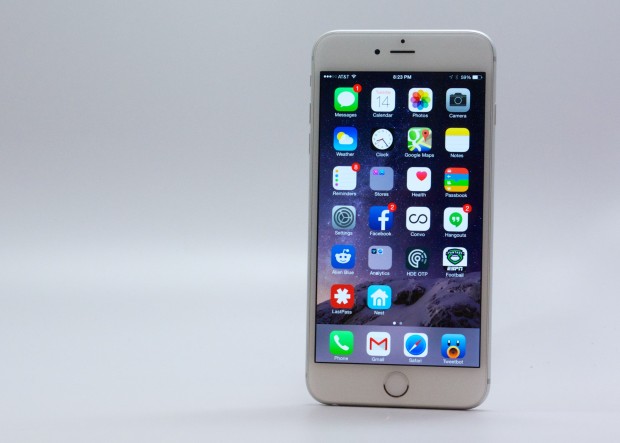 In short, yes. This is especially true for anyone with problems on iOS 8 or iOS 8.1. This is a solid update that did not break the way I use the iPhone 6 Plus. The iPhone 6 Plus is performing well with connectivity to WiFi, 4G LTE and Bluetooth. There is also an iOS 8.1.1 jailbreak that allows you customize the iPhone with iOS 8 Cydia tweaks.

After extended time with iOS 8.1.1, it’s clear that for most users this is an update worth installing on the iPhone 6 Plus.