There was quite a buildup to yesterday’s iOS 8.1.3 release for iOS 8 users. Last year, rumors suggested that Apple would release the iOS 8.1.3 update ahead of iOS 8.2 and in the weeks following that rumor, reports indicating that Apple was indeed working on an iOS 8.1.3 update behind the scenes. Apple, true to form, declined to offer any specific details about the update leaving a thick air of mystery around the situation.

Apple’s iOS 8.1.3 update is a large incremental update to the iOS operating system and it delivers a series of bug fixes and improvements for devices compatible with iOS 8. It’s not as big as the iOS 8.1 update that rolled out last year but it’s still a significant upgrade and one that many iPhone and iPad users are thinking about installing.

In the past 24 hours, we’ve received a number of questions about iOS 8.1.3 and it’s stability. Smaller iOS updates often have a big impact, both positive and negative, on performance. So it’s no surprise that tons of people want to know if the update is worth installing, right now, ahead of iOS 8.2.

Everyone’s situation is going to be a little different so we want to touch on five reasons why we think you might want to think about installing the iOS 8.1.3 on your iPhone, iPad or iPod touch today. Remember, Apple never forces you to install its iOS software so if these reasons don’t fit your needs, you can always revisit the iOS 8.1.3 update at a later date.

While we’ve seen a few iPhone and iPad users complain about iOS 8.1.3 battery life problems, a majority of the user feedback we’ve seen indicates that iOS 8.1.3 has actually had a positive effect on iPhone and iPad battery life. Here’s a small sample of what we’ve discovered so far. This kind of feedback is actually a bit unusual after an iOS update.

IOS 8.1.3 seems to have resolved the battery issues on the iPhone 4s. Still a crappy phone forced on me by work though.

I just downloaded and installed the new iOS 8.1.3 software and it has definitely fixed the battery drainage issue for my phone!#feelinhappy😄

Early results, but I’m about ready to declare iOS 8.1.3 has solved my battery drain problem. Still showing 100% & would’ve been down to 75%.

We’ve put together a list of battery life tips for iOS 8.1.3, they’ll work with any iOS 8 update, and if the problems continue after the upgrade, we suggest checking them out.

We’ve been putting iOS 8.1.3 through the gauntlet over the past day or so and what we’ve found is a stable piece of software across most devices. We’ve posted iOS 8.1.3 impressions for the iPhone 6, iPhone 6 Plus, iPhone 5s, iPhone 5, iPad Air, iPad mini 2, iPad 3, iPod touch, and we’ve rounded up feedback from iPad 2 and iPhone 4s users. What we, and many others have found, is that iOS 8.1.3 is a very stable update.

Major iOS issues typically jump right off the page, immediately after the release. Smaller issues are a little trickier to find but we’ve been scouring forums and social media in an effort to identify major iOS 8.1.3 problems and we’ve come up empty. Most of the problems we’ve seen are isolated issues. There’s one calendar bug that appears to be causing problems but if you’re already on iOS 8, there’s really nothing you can do.

On top of the good performance, iOS 8.1.3 comes with some crucial bug fixes for iPhone and iPad including a fix that “prevented some users from entering their Apple ID password for Messages and FaceTime, a fix for broken multitasking gesturing on the iPad, and a fix that “addresses an issue that caused Spotlight to stop displaying app results.”

If you’ve done everything you can to prepare and you want the latest bug fixes, it’s probably safe to download the iOS 8.1.3 update right now.

If You Own a 16GB iPhone or iPad

The iOS 8.1.3 update also comes with a fix that “reduces the amount of storage required to perform a software update.” This is a huge development, especially for owners of 16GB iPhones and iPads.

In the past, updates have required tons of free storage to install OTA. The issue can be bypassed using iTunes but that didn’t make it any less annoying. With iOS 8.1.3 on board, you’re now going to be able to install iOS updates OTA without having to delete a ton files or use iTunes. This is going to make installing iOS 8.2 and upcoming updates like iOS 9 a whole lot easier.

If you’ve run into this problem in the past and you’ve prepared for iOS 8.1.3, go ahead and install it today.

If You Can’t Fix Your iOS 8 Problem 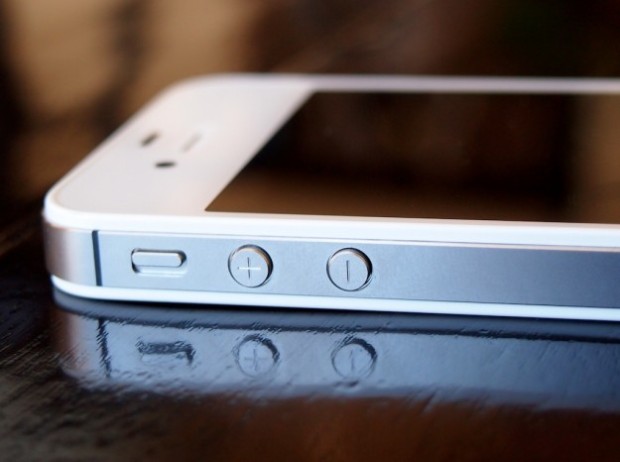 If you can’t find a temporary fix or a permanent fix, it’s worth rolling the dice. iOS 8.1.3 appears to be an extremely stable update and so the odds of it negatively affecting your already negative experience are slim. If you’re already on iOS 8 and you’re struggling, make the move to iOS 8.1.3. If you still see the same issues, consult our list of fixes for common iOS bugs.

The iOS 8.1.3 update breaks the TaiG iOS 8.1.2 jailbreak which has left many iPhone and iPad users peeved. Most people don’t use jailbreak software though. If you’re not at all interested in jailbreaking right now, or in the future, you might want to think about moving up to iOS 8.1.3 right now.

iOS 8.1.3 is currently very stable and again, it comes with some very intriguing bug fixes that are attractive to all iPhone and iPad users, not just those dealing with iOS problems.

If you do decide that you want to jailbreak after moving to iOS 8.1.3, you can downgrade to iOS 8.1.2. That option won’t last forever so you’ll want to decide quickly.