The iOS 8.1 release date for iPhone and iPad is Monday and the update is coming to deliver Apple Pay, Camera Roll, and a number of fixes for iOS 8.0.2 problems. With the iOS 8.1 release date at hand, we want to take a look at some key tips that are going to help make tomorrow less stressful for all of you iPhone, iPad and iPod touch owners all over the world.

The iOS 8.1 update isn’t as big as iOS 8.0 but it’s going to deliver a number of big time changes including Apple’s new mobile commerce service, Apple Pay, and a host of unnamed bug fixes for iOS 8.0 problems. It’s Apple’s biggest update since iOS 8.0 and it’s an update that iPhone and iPad users all over the world have their eye on leading into Monday’s release.

There’s a lot to be excited about and many people plan to install on day one. If you are thinking about installing iOS 8.1 tomorrow, listen up. Here, we share 10 essential iOS 8.1 release date tips that will help make tomorrow’s upgrade less stressful for iPhone and iPad users.

Apple’s iOS 8.1 announcement revealed the features coming with iOS 8.1. It also confirmed the iOS 8.1 release date. However, it did not confirm the iOS 8.1 release time on stage, something that’s important to iPhone and iPad users that might have to go to class, or work, on Monday. Fortunately for you, Apple tends to stick to a predictable iOS release time.

The company always releases its iOS updates around 10AM PST. In other words, if you’re planning to update your iPhone, iPad or iPod touch tomorrow, you’re going to want to gear up for a release somewhere around then. Remember, this applies to all iOS 8 compatible devices. Unlike Google, Apple rolls out iOS updates to every single device at once, including older devices.

This isn’t something that you’re going to want to rush into so again, do your homework, weigh the pros and cons, and make a decision. iOS 8 itself will be around for the next year, up until Apple releases iOS 9 alongside its next iPhone. You’ve got plenty of time to decide whether you want to stay on iOS 7 (if it’s stable), iOS 8.0 or iOS 8.0.2, or make your move to the new features and fixes.

No Need to Wait on Release Day

If you do decide to download and install iOS 8.1 for your iPhone or iPad tomorrow, you should be able to install it, error-free, right off the bat. Errors are common on massive iOS release days, iOS 8.0 for example relayed a number of problems to iPhone and iPad users, but smaller updates like iOS 8.1 typically don’t have a big impact on Apple’s servers. In other words, do not stress about this.

Just to be safe, you might want to wait an hour or two for the initial rush of rabid users to die down but the iOS 8.1 release date will almost certainly be a lot smoother than the iOS 8 release date. You should be able to install it right when it’s released.

iOS 8.1 won’t be as big as iOS 8, unless you’re coming from iOS 7.1.2 or below, but you should still set aside some time to install the iOS 8.1 upgrade on Monday. If everything goes smoothly, and we think that there’s a good chance that it will , the iOS 8.1 update installation process could take as little as 15 minutes on a good connection.

Again, Apple releases its iOS updates to all of its devices at the same time so if you’re in possession of several iOS 8 compatible devices and you want to update them all, it’s going to take some time. If you have a number of devices or a slow connection, make some time for the installation process. There’s always a chance something could go wrong warranting your attention.

Install iOS 8.1 From Home Base If Possible

Installing at home not only means that there will be fewer distractions but it means that you should have access to all of the proper information in case something goes wrong. The last thing that iPhone and iPad owners want is something to go haywire while at work or in the middle of class.

Those of you who are tempted to install at work might want to wait until you get home, particularly if the iPhone or iPad is important to work flow. There is no telling what might happen during, or after, the installation process and you wouldn’t want the iOS 8.1 installation process to impact any important plans.

Don’t Panic If There Are iOS 8.1 Problems

If you do run into installation problems or problems with the iOS 8.1 update itself, don’t panic. Installation issues typically iron themselves out and major bugs tend to get fixed within a couple of days or a couple of weeks at most. Apple is well known for pushing out key bug fix updates, especially if major problems are discovered on board.

Again, if you come prepared to the iOS 8.1 release date, you’ll be well equipped even if you do run into some day one iOS 8.1 problems with either the installation or the software. Backing up your data is essential.

Here Are Some Solid Resources

There may be some minor issues that arrive with iOS 8.1. Apple will be less inclined to fix those. There will also be those of you that want to be proactive with iOS 8.1 problems. In other words, you don’t or won’t want to want for Apple’s next bug fix update.

Apple’s discussion forums are the first place to look. There, users will share their own issues and perhaps, temporary or permanent fixes will come to light during the discussion. They are usually overflowing with messages on the first day of an update’s availability.

Comment sections and Twitter are also helpful places to go should something come up during the iOS 8.1 installation process or after the software is downloaded and installed. The MacRumors forums are also another solid place to look for possible fixes or help with the iOS 8.1 update should you need it.

Here’s How to Install from iOS 8.1 Beta

Follow those steps tomorrow and you’ll have iOS 8.1 up and running on your iPhone or iPad in no time at all.

If You Want to Jailbreak…

If you want to keep your jailbreak, do not install the iOS 8.1 update tomorrow. We still haven’t seen any recent progress on the iOS 8 jailbreak and there’s no telling when, or if, it might come to iOS 8.1. 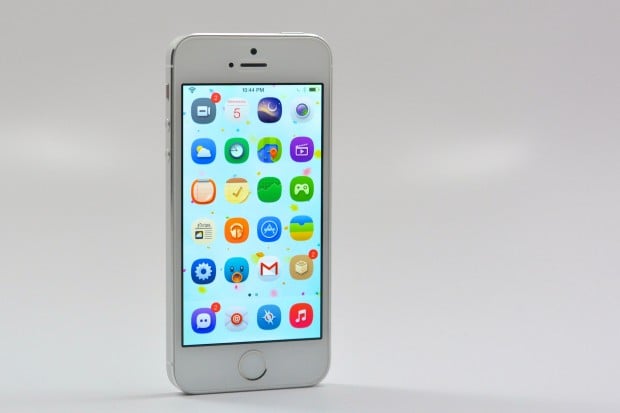 We’ve seen jailbreaks hit iOS x.1 updates in the past but iOS 8.1 is coming much earlier than your typical x.1 update. To be safe, hold out until the green light is given.