Three weeks ago, Apple released a brand new iOS 8.3 update for the iPhone, the iPad and the fifth-generation iPod touch. With this three week milestone in mind, we want to take a look at how the iOS 8.3 update is holding up on the iPhone 5 and help you decide if it’s worth installing now ahead of the company’s upcoming iOS 8.4 update.

Earlier this year, Apple confirmed the release of a new iOS 8 release in the form of iOS 8.3. Apple didn’t make the announcement on its website or on stage during an event, rather, it confirmed the update with a release of a private iOS 8.3 beta update.

In the weeks after the release of the first iOS 8.3 beta, Apple released several more beta updates including two for the non-paying public. The public iOS 8.3 beta represented Apple’s first free iOS beta and it could foreshadow the future. With an iOS 9 release rumored for later this year, we could very well see the company extend its public beta to the next major iOS release.

Three weeks ago, Apple finally took the iOS 8.3 beta out of its two beta programs and released it to iPhone, iPad, and iPod touch users all over the world. The update, as expected, brings huge changes to iOS 8 users including enhancements and bug fixes. Among them, a redesigned emoji keyboard that introduces 300+ new emoji characters. It’s a significant update and it will serve as the bridge to Apple’s next iOS 8 update, iOS 8.4.

With that in mind, we want to revisit the iOS 8.3 update at the three week mark. This quick iOS 8.3 on iPhone 5 review at three weeks will take a look at performance and features and it will hopefully help some of you that are still straddling the iOS 8.3 fence. We continue to get questions about the iOS 8.3 update’s merits so we know that there are still people struggling to come to a decision.

Here’s what you need to know about the iPhone 5 iOS 8.3 update, three weeks after its release.

I’ve been using the iPhone 5 iOS 8.3 update for three weeks now and so far, performance has been good on my version of the iPhone 5. For reference, I’ve owned this iPhone 5 since launch. That said, here’s how the iOS 8.3 performance breaks down at the three week mark:

One of the nice things about iOS 8.3 is that it comes with some new features on top of its laundry list of bug fixes. Better yet, I think at least some of these features are going to be useful for most iPhone 5 users.

iOS 8.3 delivers an enhanced emoji keyboard that also comes with 300+ new emojis. The new emoji keyboard’s design is an upgrade over the one found in iOS 8.2 below. It’s spacious and it’s a whole lot easier to find emojis. You know you’ve been in a situation where you can’t find a specific emoji. This makes that headache a little more bearable, even on the iPhone 5’s tiny 4-inch display. This keyboard alone has made my move to iOS 8.3 worth it. I’m not kidding. 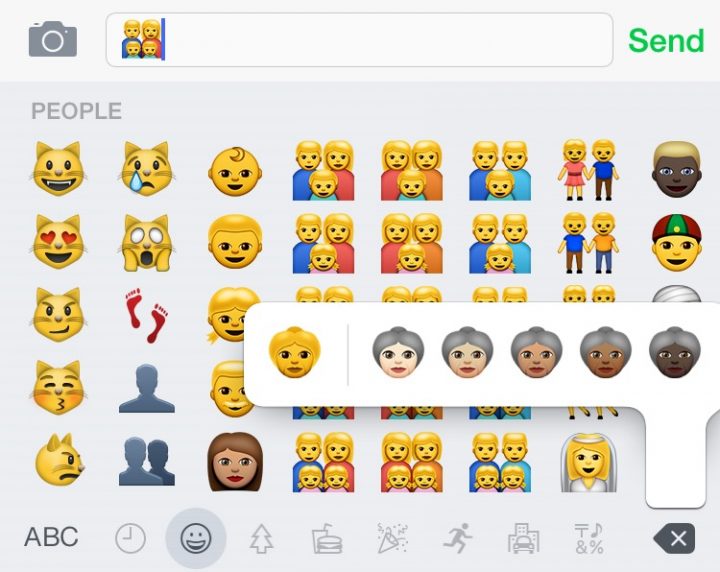 I’ve also been raving about the new security measures that Apple’s baked into Messages. It’s now extremely easy to report spam messages to Apple. I get a ton of spam messages and I’ve reported about five different numbers in the past three weeks. I haven’t seen any repeat offenders yet.

Is iOS 8.3 for iPhone 5 Worth Installing Now?

iOS 8.3 comes with tons of bug fixes, security updates (these are extremely important if you don’t jailbreak), a collection of small and useful features, and it also comes with the Apple Watch app if you didn’t install iOS 8.2. If you’ve been looking for an excuse to move to iOS 8, I think iOS 8.3 is the perfect excuse.

If you’re leery, know that you can still downgrade back to iOS 8.2. You can also wait for Apple to release iOS 8.4 though a release may not come until the summer, around the start of WWDC 2015 in early June.