Apple’s iOS 8.3 update for iPhone, iPad and iPod touch is now available and it offers a ton of bug fixes and enhancements to Apple’s mobile devices. It also has brought iOS 8.3 problems to owners making the jump from iOS 8.2 and below. With iOS 8.3 problems in mind, we want to outline some of the more common issues and offer fixes to those struggling after updating.

In September, Apple released its brand new iOS 8 operating system for iPhone, iPad and iPod touch. In the hours after the release, iPhone and iPad users started to gripe about iOS 8.0 problems. Many of these problems were iOS 8 related and some of them were carried over from the company’s iOS 7 and iOS 6 updates.

Since that day in September, Apple’s attempted to fix many of those problems with a series of iOS 8 bug fix updates, and none bigger than the update it released earlier this week.

In the months since the initial iOS 8 release, Apple’s pushed out a grand total of eight iOS 8 bug fix updates including its most recent update, iOS 8.3. While a lot of attention has been lavished upon the big changes to the Emoji keyboard, iOS 8.3 also features a ton of bug fixes for linger iOS 8 problems including issues with Wi-Fi, landscape mode and more. And while iOS 8.3 is a crucial bug fixer, it comes with some faults of its own. 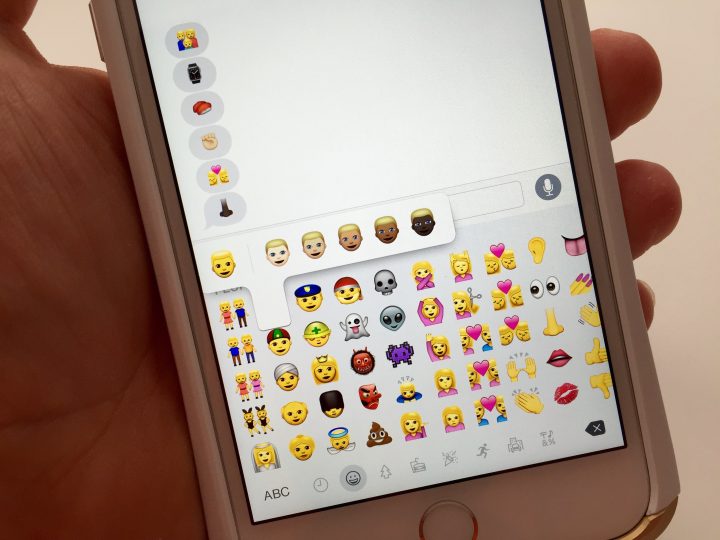 iPhone and iPad users are already complaining about a number iOS 8.3 problems. Many users have taken to social media and Apple’s Discussion Forums to complain about initial bugs and issues. Most of these iOS 8.3 problems appear to be isolated but that doesn’t mean that they won’t pick up pace in the future as more people install Apple’s new iOS 8 update.

How to Fix iOS 8.3 Installation Problems

If the iPhone or iPad gets stuck during the iOS 8.3 installation process, users will want to perform a reboot by holding down the power button and home button at the same time for a few seconds until the device restarts.This typically gets the update’s juices flowing again.

If the iOS 8.3 update doesn’t continue automatically, it may simply start over. This method has worked for us, and many other users in the past, so it’s worth a shot if the iOS 8.3 installation falters.

The iOS 8.3 update brings some new features to the table including a way to download free apps from the App Store without needing to punch in a password or use Touch ID. We weren’t able to find the feature in our settings yesterday. Fortunately, there is a simple fix that will users to gain access to this small but important iOS 8.3 feature.

To get the Missing Password settings feature to appear, you’ll first need to go to Settings and then Touch ID & Passcode. From there, flip the iTunes & App Store option toggle off. Once this is done, head into your Settings then into iTunes & App Store. Right below Apple ID will be a feature called Password Settings. This will allow users to toggle the “Require Password” feature off for free app downloads.

iOS 8.3 comes with a number of fixes for Wi-Fi problems but we’ve still seen some complaints about broken Wi-Fi connectivity. Wi-Fi issues have plagued many users for years and a single thread on Apple’s discussion forums has received well over 600,000 views since September’s iOS 8.0 release.

There are no guaranteed fixes for Wi-Fi issues though there are some things that iOS 8.3 users can try should connectivity start going south. These fixes have been passed down from Apple’s iOS 6, iOS 7 and older iOS 8 updates and they’ve worked for many iPhone, iPad and iPod touch users dealing with connectivity problems.

First, iPhone and iPad users can try resetting the device’s network settings. This is an extremely easy process though it could take a couple of minutes to complete. Those experiencing Wi-Fi issues will want to set aside some time to ensure that the process goes as smoothly as possible. To do this, open up the iPhone, iPad or iPod touch and head to Settings > General > Reset > Reset Network Settings.

If that fix doesn’t work, take a look at some of these other potential Wi-Fi fixes. We also recommend rebooting your router and or modem to see if that dislodges the problem. It’s also worth updating the router’s firmware. This process is going to differ based on make and model so users will need to find the manual or consult the appropriate company’s website.

We haven’t seen a ton of complaints about cellular data issues but they are among the most common iOS 8 problems and they’re bound to impact some iPhone and iPad users in the days, weeks and months after the iOS 8.3 release.

iPhone and iPad users experiencing iOS 8.3 cellular data problems should first try restarting the device in question. This has worked for us in the past. If that simple fix doesn’t work, try toggling cellular data on and off. This also has also worked for many people before. To do that, Cellular > Cellular Data > Toggle Off. It’s a quick process and one that could return things to normal assuming connectivity isn’t down in the area. 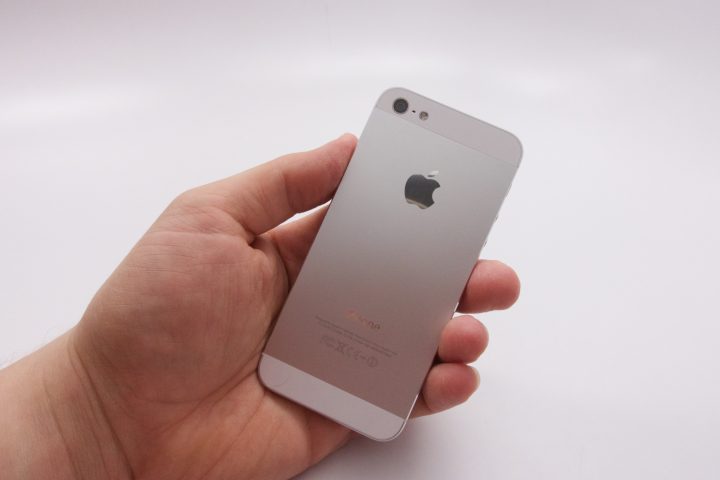 If none of that works, try flipping Airplane Mode on, waiting 30 seconds, and then flipping it off. This, like the other fixes, has worked to alleviate cellular data problems in the past. If nothing works, contact Apple or the service provider.

How to Fix iOS 8.3 Bluetooth Problems

Bluetooth issues are among the most common iOS problems and we’ve already seen some iPhone and iPad users complain about busted Bluetooth after making the move to iOS 8.3.

iPhone users have singled out iOS’ “Reset All Settings” option as a potential fix for Bluetooth issues. It hasn’t worked for everyone but there are a ton of people that are claiming success after trying it on their iPhone. It could also work for the iPad and iPod touch.

To “Reset All Settings” on the iPhone, iPad or iPod touch, open up the device and head to Settings > General > Reset > Reset All Settings. This is going to take a bit of time and users will lose all saved settings but the pay off is that it seems to fix at least some Bluetooth problems.

We also recommend resetting Bluetooth in the car if a device is failing to pair with the connection in the car. iPhone and iPad users will need to consult the car manual to do this as the process is going to vary based on make and model. Once Bluetooth is reset, try reconnecting the device to the car.

In the aftermath of the iOS 8.3 release, we’ve begun to hear and see complaints about app performance. This is a common occurrence after a major iOS update like iOS 8.3.

To fix app problems, make sure applications on the iPhone or iPad are updated. Bug fixes and app updates with support for iOS 8 have been trickling out since launch.

iPhone and iPad users who are forgetful or lazy will want to turn on automatic App Store updates because it will keep apps automatically behind the scenes. Auto updates will ensure that they are always on the latest version with the latest bug fixes. To do that, head into Settings > iTunes & App Store > Toggle Updates on.

If that doesn’t work, try reinstalling the application. This has worked for some users in the past. If the app is still acting up, iOS 8.3 users will want to contact the developer of the application and relay the issues. Bringing these bugs to light could prompt developers to start paying attention and actively fix the bug in an upcoming update.

How to Improve iOS 8.3 Performance

We’ve noticed some performance issues on the iPhone 5 and iPad Air and we’re seeing iPhone and iPad users on other devices complain about lag, freezing and other problems.

When Apple’s iOS 8.0 update first came out, we outlined a number of different strategies including reducing animations and pretty effects, resetting settings, or restoring back to factory settings. These fixes still apply today, months after the iOS 8 update’s release. They may not work for everyone but they are certainly worth a shot if performance drags after iOS 8.3 arrives.

How to Fix iOS 8.3 Messages Problems

We’ve also started to see complaints about issues with the Messages app. These are common as well, particularly right after the release of a major iOS update.

If Messages is acting up,  the first thing to try is toggling it on off and on. If that doesn’t work, try rebooting the phone or tablet. If neither of those work, it’s time to reset the device’s network settings.

To do that, head into Settings > General > Reset > Reset Network Settings. The iPad or iPhone will reboot, and while the stored Wi-Fi networks will be lost, reentering a Wi-Fi password is a small price to pay for working Messages.

How to Fix iOS 8.3 Problems If Nothing Else Works

If these fixes for iOS 8.3 problems don’t work, we have a few recommendations. Users can currently downgrade to iOS 8.2 to see if that helps. The downgrade process won’t last forever and Apple will eventually plug it up. It usually takes a couple of weeks though.

If that doesn’t work, take the iPhone or iPad to a Genius Bar at the local Apple Store. They can help diagnose the problem and potentially offer a new device if still under warranty.

To do that, choose Settings > General > Reset > Erase All Content and Settings. Again, this will wipe everything from the iPhone or iPad, so make a back up before doing this. Again, setting all of this up will be very time consuming, but it may be the fastest way to fix bad iOS 8.3 problems on the iPhone, iPad or iPod touch.