Yesterday, Apple rolled out an iOS 8.4.1 update for iPhone, iPad and iPod touch. The new update delivers fixes for several problems but it’s also causing problems for some users. With that in mind, we take a look at a few things you need to know about iOS 8.4.1 problems right now and going forward.

In July, just a few weeks after the iOS 8.4 release, Apple unleashed another iOS 8 update in the form of iOS 8.4.1. The company’s initial iOS 8.4.1 release didn’t come for the general public nor did it come with a specific release date. Instead, the company dumped it into the beta program for developers and let those with accounts have at it ahead of the public release.

In late July, Apple released another iOS 8.4.1 beta, a sign that testing and a public release date were making progress. And then yesterday, Apple deemed the update ready and released the iOS 8.4.1 update to iPhone, iPad and iPod all around the planet. It’s currently available Over-the-Air and through iTunes.

iOS 8.4.1 isn’t a big update. Instead, it’s a bug fixer that’s focused on improving Apple Music and killing the iOS 8.4 jailbreak that many iPhone and iPad users used in the aftermath of June’s iOS 8.4 release. The iOS 8.4.1 update is probably going to be the last iOS 8 release before the arrival of iOS 9 next month.

iOS 8.4.1 is small but as we’ve noted many times, even the smallest iOS updates can have a huge impact (positively or negatively) on device performance. You always assume some risk downloading and installing a new update, even if that update’s change log comes with a few fixes.

We’re just 24 hours removed from the iOS 8.4.1 release and we’re already hearing about iOS 8.4.1 problems. And with these iOS 8.4 problems emerging, we want to take a look at everything you need to know about these issues today, tomorrow and in the weeks ahead.

This roundup offers a look at the issues themselves and some steps to take if you do happen to run into iOS 8.4.1 problems on your iPhone, iPad or iPod touch.

The fact that there are complaints about the iOS 8.4.1 update shouldn’t come as a surprise. Problems always emerge in the hours, weeks, and months after an iOS updates release. No iOS update is perfect and that extends to Apple’s latest and greatest iOS 8 upgrade.

This is precisely why we tell people to be extremely careful. Many of you will want to avoid installing the iOS 8.4.1 update, at least for right now.

In the hours since the iOS 8.4.1 update’s release, we’re starting to get a read on the problems plaguing iPhone, iPad and iPod touch users who decided to make the move to iOS 8.4.1. The most prominent of these issues include abnormal battery life drain and continued problems with Apple Music and users have taken to social media and Apple’s discussion forums to complain.

Updated to iOS 8.4.1 and the battery is still draining at a crazy amount #appleupdate

Bad iOS 8.4.1 battery life isn’t the only problem affecting those who installed Apple’s latest and perhaps final version of the iOS 8 operating system. iOS 8.4.1 users are complaining about problems with the Mail application on iPad, issues with Wi-Fi, various issues with Apple Music, and more.

We’re pointing these initial iOS 8.4.1 problems out for a reason. First of all, we want to get you pointed in the right direction if you’re suffering from these or other iOS 8.4.1 problems. Apple’s discussion forums, and places like Twitter, are great places to go if you’re struggling.

We point them out to help generate discussion about fixes. And we also point them out as a warning to be careful. iOS 8.4.1 has the potential to cause problems on your device so you’ll want to take some extra precaution.

We recently put together some things to do before installing and some release tips that should help once you make the decision to upgrade to iOS 8.4.1. We’ve also started relaying our own impressions of the iOS 8.4.1 update and its performance.

Another thing that you need to know is that these iOS 8.4.1 problems are extremely isolated. Yes, there are problems but none of them appear to be widespread. We’ve been using the iOS 8.4.1 update on several devices over the last 24 hours including the iPhone 6, iPhone 6 Plus, iPhone 5s, iPhone 5, iPad Air, and iPad mini 2 and none of these devices are exhibiting major problems. We haven’t even seen any small bugs pop out. It’s not surprising.

We’re also pointing this all out for a reason. Before installing an iOS update, it’s important to gather as much feedback as possible. The complaints might be the loudest things you’ll hear but there are typically some success stories as well. Our impressions are a great starting point but you’ll want to branch out and collect advice from a number of different sources before making your move. This goes for small updates like iOS 8.4.1 and big updates like the upcoming iOS 9 release for iPhone, iPad and iPod touch.

If you’ve downloaded iOS 8.4.1 and you’re already seeing problems, there’s no need to panic. At least not yet.

We’ve put together a list of fixes for common iOS 8.4 problems that should help those of you in need. These fixes include ways to improve iOS 8.4.1 battery life, fix poor Wi-Fi connectivity, and more. It’s a great starting point but remember, these fixes aren’t guaranteed to solve your problems.

There are a number of other great resources available to you. Apple’s Discussion Forums are always a great place to look for fixes for serious issues. We’ve also found the MacRumors community to be a great resource. You should get acquainted with both of these ahead of the iOS 9 release.

You Can Downgrade to iOS 8.4

As of right now, you have another option at your disposal. If you are dealing with iOS 8.4.1 problems, know that you can downgrade back down to iOS 8.4. 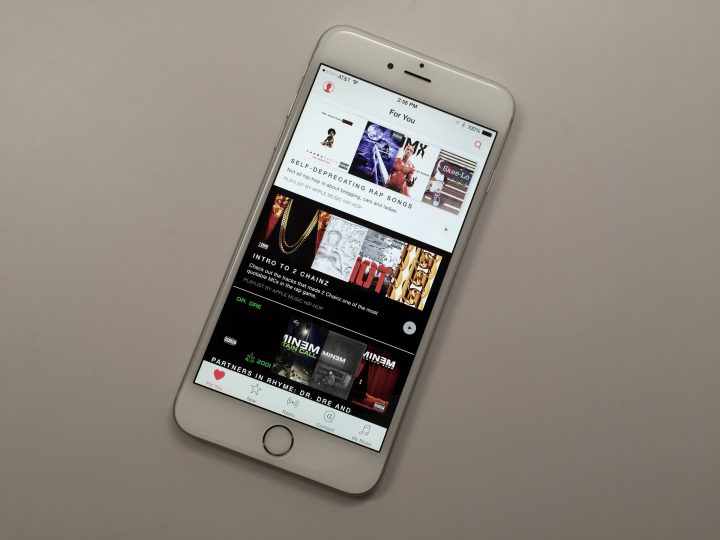 For a limited time, Apple will sign off on the iOS 8.4 update. The company typically signs off for a week or two before shutting it down. Once it stops signing off, the downgrade loophole closes up.

We recently put together a step-by-step guide that will take you through the iOS 8.4.1 to iOS 8.4 downgrade process. Just remember. If you’re coming from iOS 8.3 or below, you won’t be able to go back to anything older than iOS 8.4 once you move to iOS 8.4.1.

The iOS 8.4.1 update is widely expected to be the final iOS 8 release before Apple releases its iOS 9 operating system and its features and fixes.

The iOS 9 release date is unknown but it looks like it will fall sometime between September 9th and September 28th. When the update arrives, it will bring new features but it should also come with a long list of fixes and enhancements. In other words, it could have some fixes for iOS 8.4.1 problems.

There’s no guarantee though so you’ll want to be extremely proactive in the weeks leading up to the iOS 9 release. iOS 9 might also bring some problems of its own so there’s that too.