Today, alongside its new iOS 8.4 beta 2 update, Apple released a public iOS 8.4 beta that’s open to the public ahead of the iOS 8.4 release. While the free public beta might be tempting, there are some reasons why you should avoid Apple’s latest public iOS beta update.

Earlier this month, Apple released its first iOS 8.4 beta. And while the company didn’t release a public beta alongside its release for developers, we expected Apple to produce a public iOS 8.4 beta ahead of its unknown release date. Today, our suspicions were confirmed.

Today, Apple released an iOS 8.4 beta 2 for developers and a public iOS 8.4 beta to those that are part of the company’s program. The beta is available to users in the iOS beta program it’s a tempting option given that the iOS 8.4 update brings a revamped Music application. While that’s the case, there are some reasons why you should avoid the iOS 8.4 beta if you are in the position to download it.

After using iOS beta releases for several years on an array of devices, this is what you need to know about what you generally get when you test an iOS beta on the iPhone and iPad. Here are the five most important things you need to know before you decide to try the brand new iOS 8.4 beta.

You Only Have One iPhone or iPad

If you only own one iPhone or iPad and you depend on that device as your daily driver, a move to the iOS 8.4 beta is not a recommended move. Apple itself tells you install the iOS 8.4 beta on a secondary device. iOS users often forget that “beta” means that this is unfinished software. You don’t want to bring a boatload of issues to your main device.

You Use Your Device for School or Work

If your iPhone or iPad, could be a daily driver or secondary device, is critical to your work flow, do not install the iOS 8.4 beta. Beta updates are known to cause problems with apps, something that could interfere with your schoolwork or your job.

When we test iOS beta software to see the new features, more often than not we deal with app incompatibility and bugs and random iPhone restarts and crashes that can be quite annoying. You also don’t want an essential work app to malfunction when you need it or to miss calls and alerts from an important coworker or boss to occur because you shifted to a beta update.

We’re only on the second iOS 8.4 beta and it’s clear that there are still some issues on board the iOS 8.4 update. It’s not worth the risk if you’re heavily dependent on your devices for productivity at your job or your school.

You Just Bought the Apple Watch

If you just bought the Apple Watch and you want the best Apple Watch experience, you should avoid the iOS 8.4 beta update. We’re already hearing about app issues and battery life problems with the iPhone and there’s a chance that the iOS 8.4 beta could make all of this worse. 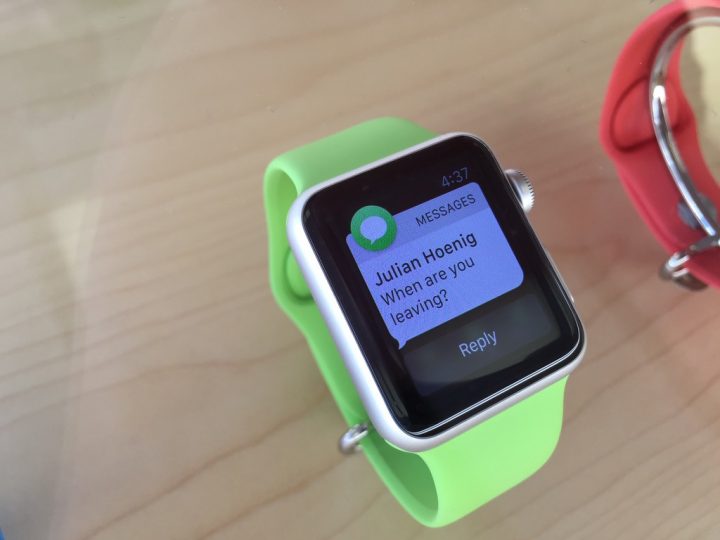 If you just bought the Apple Watch, you’ll probably want to wait until Apple releases a more stable version of iOS 8.4 beta. You might also opt to stay on iOS 8.2 or iOS 8.3.

You’re Having a Good Experience on iOS 8.3 or Below

This is pre-release software so you can count on some iOS 8.4 beta problems. In fact, we’re starting to hear about a few from those who did decide to go ahead and update. Beta software is often plagued with bugs so if you’re having a great experience on the public version of iOS 8.3 or something a little bit older, you might want to think about staying put.

The iOS 8.4 beta is intriguing but as of right now, there’s really only one major change and that’s the revamped Music application. Many of you probably use other music applications. So unless you have an unhealthy obsession with Apple’s Music application, we think the pros outweigh the cons here. The potential for bugs outweighs a semi-functional Music app.

While iOS 8.4 beta has been jailbroken, the jailbreak hasn’t been released to the public. So until the developer with the jailbreak decides to offer it (and he may not), you’re going to want to avoid Apple’s iOS 8.4 beta and iOS 8.3. If you do upgrade, you won’t be able to jailbreak your device. It’s not clear if devs will release a jailbreak for the iOS 8.4 beta. We’re not holding our breath though.