Medical experts all agree that using your gadgets at night before bed is messing with your sleep, but an iOS 8 Cydia tweak can change that around.

Anne-Marie Chang of Brigham and Women’s Hospital says that the body’s natural circadian rhythms can be interrupted by what’s called “short-wavelength enriched light,” which is a fancy term for the bright blue light that your iPhone and iPad emits.

During a study led by Chang, participants using their smartphones and tablets before bed took longer to fall asleep and felt more groggy in the morning compared to those who didn’t use their devices before bed.

If this sounds like you and you have a jailbroken iOS device, downloading an app called F.lux from Cydia could help you with your nighttime gadget problems. 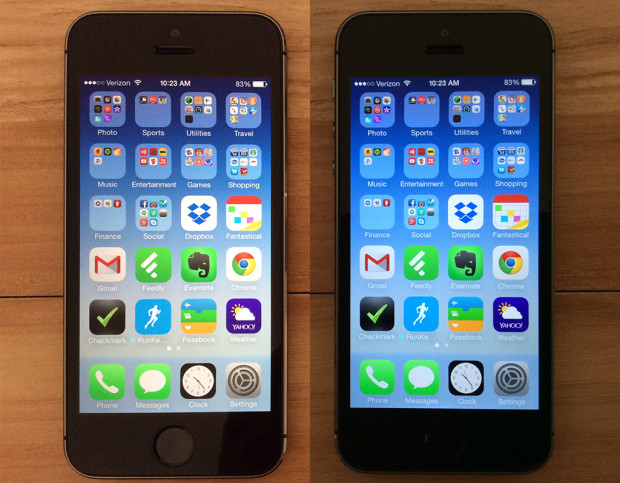 F.lux is always one of the first jailbreak tweaks I install when I get a new iOS device. It essentially gets rid of that nasty blue light that your screen emits in favor of a warmer color temperature. This assures that you don’t get eye strain and it could reverse the effects of sleeping problems if you use your device before bed.

If you already downloaded F.lux and are currently using it, that’s great! However, here are the best settings to use with F.lux if you’re looking to get the most out of it.

When using F.lux, your screen will turn to a pink/orange tint. It may look weird at first, but you’ll quickly get used to it over time. When using F.lux, it’s best to change the color temperature of the screen to coordinate with the time of day, and the app lets you set different color temperatures for during the day and at night, and it will automatically transition between the two based on your local time zone and location.

During the day, you can completely disable F.lux, which you can do by simply just setting the Daytime slider all the way to 6500K. This will give you the normal blue light that your iPhone or iPad emits. However, I usually like to keep the Daytime setting around 4500K, to make the transition to the nighttime setting less severe. Once you get below 4500K, the pink/orange tint becomes more apparent during the daytime.

At night, though, you’ll want to move the slider more to the left, down into the 2300K-3000K range. The developers recommend setting it all the way down to 2300K, as well as dimming your screen for maximum effect. Furthermore, how close you hold your device to your face affects brightness. F.lux says that a screen held six inches away exposes you to about 4x more alerting light than one held 12 inches away.

However, what you need to set your color temperature to depends entirely on how your eyes see light, and that varies from person to person. Ideally, F.lux says that you have the right color temperature when your screen color looks like the pages of a book under your room lights. So what you can do is get a book and open it up and then match the color temperature of your device’s screen to the pages of your book as closely as possible.

One of the biggest problems with F.lux is that it can mess with the color reproduction of your display, so if you work in graphic design or photography, F.lux is something that you can’t really use while you’re working, but the app has a setting where you can disable it while you work and have it re-enabled at night when you’re relaxing.

Unfortunately, there are currently no official studies on whether or not F.lux actually fixes the adverse effects on using smartphones and tablets in bed, but it certainly doesn’t make the situation worse. Studies suggest that only bright blue light affects your sleeping, so dimming your screen and changing it to a warmer color temperature can do nothing but help the situation at that point.

In any case, F.lux is a great jailbreak app to have on your iPhone or iPad, and it’s also available for Windows, Mac, and Linux.