iOS 8 Is Almost Here; Bad Time to Switch to Android

Going into an AT&T or Verizon Store might give you the idea that switching away from Apple’s iPhone ecosystem is the move to make, the way to go if you want more features and a device that can be customized by developers. Thanks to iOS 8 nothing could be further from the truth.

Announced at this year’s World Wide Developers Conference, iOS 8 is a bit deceptive. It doesn’t include a huge visual refresh like iOS 7 did for the iPhone and iPad. There are nips and tucks everywhere, little changes, like circles representing favorite contacts that’ll make the iPhone 5s and other iPhones that much more useful. Lurking just beneath the surface are tons of big changes meant for developers, giant sea changes that’ll make an iPhone with iOS 8 worth holding on to instead of switching to Android. 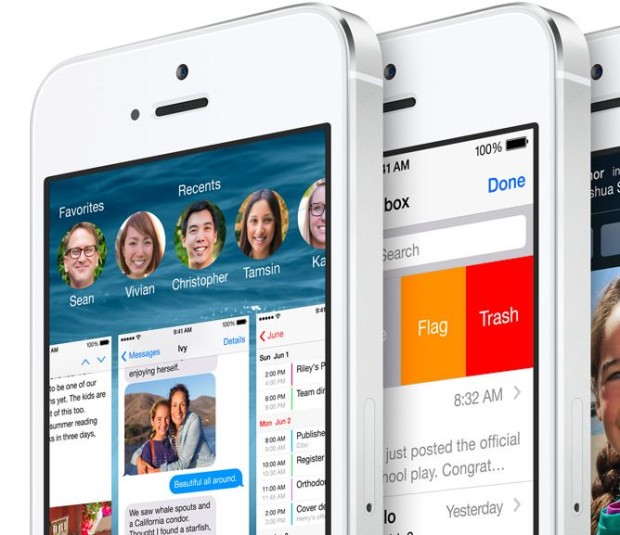 Really the customization story all starts with a single feature that Apple had refused to implement: custom keyboards. Devices running Google’s Android operating system have long been the only smartphones that allowed users to replace the included on-screen keyboard with another. Custom keyboard aren’t necessarily a stunning new user feature, but they are a way for users to make their device more personal. As such, there have to be some iPhone users out there who are considering switching to Android to get their hands on features like this.

Apple is updating the default keyboard included in iOS 8. That’ll likely take care of basic users. Still, this new third-party keyboard support will define the iOS experience for many users. What’s more, it’ll do so without users switching to Android or downloading what could or could not be a dangerous app from the Google Play Store. That’s a win. 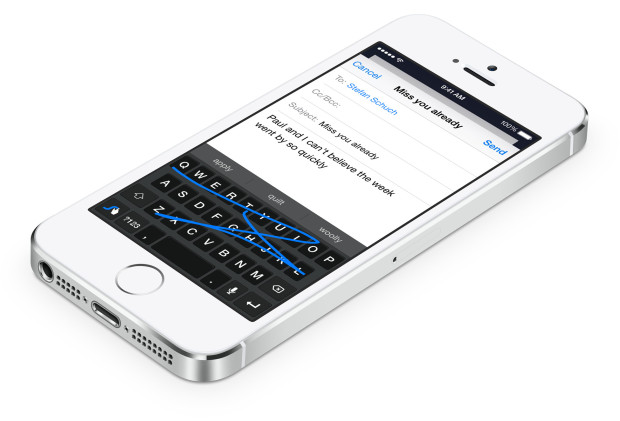 Today, the iTunes App Store is where mobile innovation happens. There are millions of apps for users to download and try. Some of them need third-party hardware accessories and some don’t. Some of them require users to have an account to a social network and some of them don’t. The key is how much variety there is.

The old mantra used to be that users went to the iTunes App Store because it had the newest and most exciting applications. Users who wanted apps that worked with each other and could do almost anything switched to devices running Android after they realized how locked down iPhone Apps were.

iOS 8 is going to completely neuter that advantage and give iPhone users another reason to stay exactly where they are.

Applications made for iOS 8 will finally be able to communicate with each other and integrate in unique ways. New Custom Actions will let different apps automate tasks like resizing images or adding watermarks to documents. iOS 8 apps will also let users share information with each other, allowing for situations where integration is vital. So for example, users have always been able to translate text on the iPhone thanks to certain apps. Going forward doing so could be a simple as pressing an on-screen button instead of copying and pasting text, which was one of the few ways information could be shared between different iPhone and iPad apps before.

Apple isn’t just empowering developers to communicate with other third-party apps, iOS 8 will also include different hooks that allow users to integrate directly into iOS 8, like Windows Phone and Android. Sharing to social media will be something that all iOS 8 apps can do. Apps will be able to create widgets in the notification area and surface options directly to users lock screens. Again, these are things that only Android users could do before.

Apple kicked off a revolution in mobile computing when it introduced apps to the world in iOS 2. This isn’t to say that applications hadn’t been around before then. They just weren’t as easy to purchase and easy to use. Apps on the iPhone changed personal computing in ways we could only dream of back then. Since then, Apple has mostly stayed in the background while Google’s Android operating system brought us our next wave of innovations. Today, the app and developers are essential to how we use our devices.

The company that made the iPhone embracing developers and their apps means a lot of things. It means that users don’t have to choose between a locked down operating system that has the best apps and a completely open operating system with decent but embarrassingly ugly apps that work together.  It means that developers won’t have to choose between creating iPhone apps that can’t integrate and sell well — iPhone owners spend more on apps — or Android apps that users won’t purchase.

Make no mistake. Apple added a lot of new features that users will be able to appreciate immediately. However, none of them are going to be as key as the developer things that are also baked in. Apple didn’t introduce one thing to catch up to Android. Instead, iOS 8 is a tidal wave of new features that’ll slowly eliminate almost every reason for users to switch to Android.