The iOS 8 release could bring with it major fixes to one of the biggest Apple app mistakes made in recent memory with two major fixes for Apple Maps and big plans beyond 2014.

Apple just delivered the iOS 7.1 update to users, and while it did bring some new features the primary role of iOS 7.1 is to fix iOS 7 problems that lingered for the last six months.

We may still see a few more small bug fixes in an iOS 7.1.1 or iOS 7.1.2 update arrive over the next six months, but attention at Apple is focused on delivering a better experience with iOS 8. 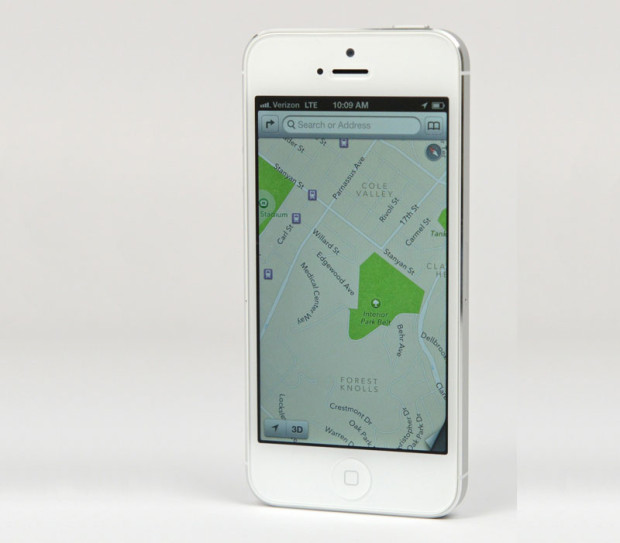 So far we know that iOS 8 is the best name to describe Apple’s new major version of the iPhone and iPad software. We expect to see the first official iOS 8 announcement at Apple’s developer conference, WWDC 2014, sometime this summer. While we wait for Apple to share an iOS 8 beta with developers and reveal the new iOS 8 features we must rely on leaks to learn what Apple is planning.

A new report this morning from Mark Gurman at 9to5mac showcases two major iOS 8 features that will come to the iPhone and iPad, and shares details on another feature that may not arrive for for a year or two. According to this report Apple is focused on making Apple Maps a better tool for users and making up for the early missteps that frustrated users when Apple switched to Apple Maps in 2012 with iOS 6.

After iOS 8 the report suggests Apple will focus on using Augmented Reality to help users better navigate and find points of interest once nearby.

When Apple debuted Apple Maps the data behind the app was problematic. We discovered Apple Maps did not properly find many hospitals when the product launched in 2012 and even earned a warning from the Australian Police. To top it off, the map data was incomplete in areas showing street data that is 7-10 years out of date, which left one Gotta Be Mobile writer homeless according to Apple Maps. Other problems included missing points of interest and business information, which are getting better and may improve dramatically with the iOS 8 release.

Apple is planning to roll in features from BroadMap, Embark and HopStop to the iOS 8 Apple Maps app according to Gurman’s sources. According to 9to5Mac, “The new application will also be injected with new points of interests and new labels to make places such as airports, parks, train stations, bus stops, highways, and freeways easier to find,” and we will see a new design that makes streets easier to read and see.

Users that rely on public transportation to get around in large cities will find major improvements in the iOS 8 Apple Maps app according to this report. Currently the Apple Maps app points users to other apps, even Google Maps, for public transit routes and directions, but in iOS 8 we could see this change. 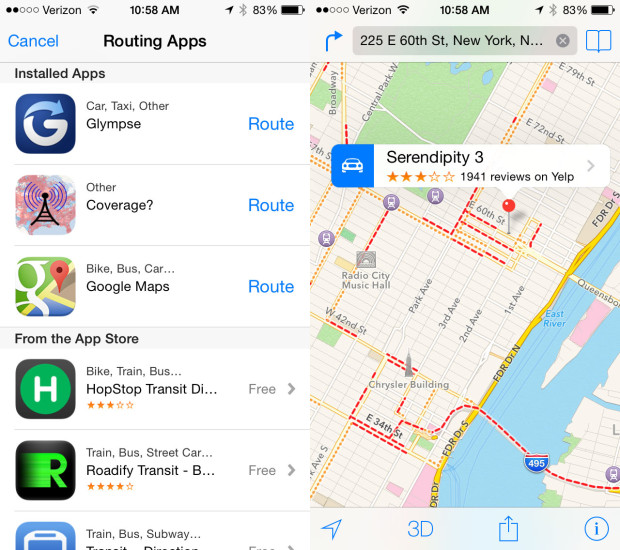 Expect to see Apple integrate features from partners and acquisitions to deliver a new way to see the routes for different types of public transportation. Look for a redesigned interface that helps users pick routes, see departure times and more easily find stations and bus stops. The app could also allow users to plan ahead by entering time and date information for public transit use, which seems like a great feature for tourists. Additionally look for an option to set directions to always use transit.

What We Know About iOS 8

There is not a lot of information about iOS 8, but thanks to leaks and Apple’s patterns we are getting a good picture of what to expect. We share what we know about iOS 8 so far in a breakout post, but the basics are also below.

Don’t expect a new visual look for iOS 8. Apple typically sticks with a look for a long time after making a major change. We could see a bigger focus on health and the rumored iWatch with iOS 8 and a HealthBook app to track health and fitness. We expect to hear about iOS 8 at a summer Apple Developer event, but a public iOS 8 release is not likely coming until days ahead of an iPhone 6 release.