As we push deeper into the year and further away from the release of iOS 7, Apple’s next version of iOS is starting to take shape. iOS 8 rumors have begun to emerge at a blistering pace and here, we take a look at everything we know about the software that it will likely emerge with this year’s iPhone 6.

At last year’s WWDC, Apple took the stage during the conference’s keynote and showed off two new pieces of software. The first, OS X Mavericks, the current Mac software that was released, free of charge, for OS X users around the world. Mavericks replaced the company’s OS X Mountain Lion update.

The other, iOS 7, a completely redesigned version of Apple’s mobile software for iPhone and iPad. The redesign was so drastic that Apple called the software the biggest change to iOS since the software first arrived back with the original iPhone. iOS 7 transformed the look and feel of Apple’s popular mobile products. And while many think it to be a solid update, there is still work to be done.

Every iOS update builds on its predecessor by introducing new features and improvements to current ones and rumors suggest that Apple will be doing the same to iOS 7.

Its still fairly early in the year, we’ve already heard a lot about what might be coming next from Apple. Rumors suggest that Apple will be releasing a brand new iOS update later on this year. The update is currently being called iOS 8 and from the looks of things, we’re only weeks away from a full reveal.

While we wait for Apple to take the stage and show off its brand new software, we want to help current iPhone and iPad owners catch up with the latest iOS 8 news. In the past two weeks alone we’ve seen a great number of iOS 8 details emerge from the shadows. Nothing is set in stone, it will take an Apple announcement to do that, but thanks to credible rumors, we have a pretty good idea about what Apple is planning.

At some point down the road, Apple will replace its current iOS 7.1 software with a brand new iOS update. The next update is being called iOS 8 though its name remains unconfirmed. Apple may not be ready to talk about the next iOS update just yet but that doesn’t mean that we don’t know when it plans to talk about iOS 8.

Every year, Apple sets aside some time to talk to its developers. The company calls the conference WWDC (World Wide Developers Conference) and it typically takes place at the Moscone Center in San Francisco. This year, the company will once again be taking over Moscone Center West when it hosts WWDC 2014. The event kicks off on June 2nd.

Apple typically hosts a keynote on the very first day of the event in an effort to generate excitement amongst developers and consumers. In years past, we saw the company deliver a new iPhone. In recent years, the company has focused on its software advancements for the iPhone, iPad and the Mac.

We expect an iOS 8 announcement and a new MacBook Air release on June 2nd.

This year’s keynote will almost certainly take place on June 2nd which means that there is a very good chance that that will be the first time that iOS 8 is shown off to the public. If you don’t take our word for it, take Apple’s:

Every year the WWDC audience becomes more diverse, with developers from almost every discipline you can imagine and coming from every corner of the globe. We look forward to sharing with them our latest advances in iOS and OS X so they can create the next generation of great apps.

That quote comes from Apple’s Phil Schiller, Apple’s senior vice president of Worldwide Marketing, and it’s a hint at what’s to come. iPhone and iPad owners that are at all interested in iOS 8 would be wise to circle June 2nd. That should be the iOS 8 launch date.

When Apple unveils iOS at WWDC, it unveils an early preview. It also tends to release the update into the developer beta program so that devs can dive into the new features and ensure a smooth transition from one update to another. In other words, there is a very good chance that we’ll see iOS 8 on June 2nd but there’s a very good chance that it won’t be the final version. 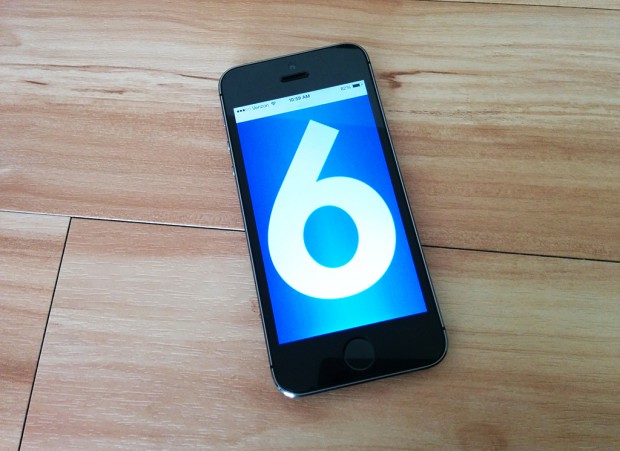 The iPhone 6 release date rumors won’t agree in the near future.

Across the board, iPhone 6 release rumors point to a release around the same time as last year. Last year’s iPhone 5s launch and release landed in September and a number of iPhone 6 rumors point there.

If true, it likely means an iOS 8 release date in September. Apple almost always shows off the final version of its software alongside the iPhone, detailing new features and glossing over those that it touched on at WWDC. Then, at some point between the event and the release of the new iPhone, Apple releases its new software for older devices.

With iPhone 6 rumors heavily leaning towards a September launch and perhaps, a September release, the iOS 8 release date looks good for the fall after a spell in the beta program.

Now, to the meat of the rumored iOS 8 update. Launch dates and release dates are far more predictable than features. Apple usually introduces hundreds of changes, some small and some big, with its yearly iOS updates. And from the looks of things, the iOS 8 update is ready to follow in its predecessors footsteps.

Over the past few weeks, iOS 8 has begun to come together. Nothing is confirmed and there are still plenty of details missing but we’ve already heard a ton about what to expect from Apple’s upcoming iOS 7 successor. 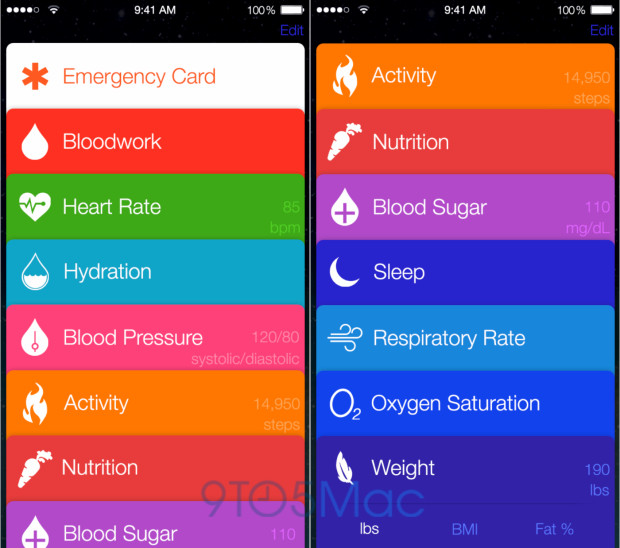 Mark Gurman at 9to5Mac has shared many details about the new version of Apple’s iPhone and iPad software. Health and fitness are a major focus and a collection of iOS 8 mock ups show what a Healthbook feature could look like.

Other iOS 8 rumors flowing from Gurman and his sources include plans for a better Apple Maps and a standalone iTunes Radio app. He also claims that iOS 8 will look similar to iOS 7, something that isn’t surprising given the massive changes that Apple introduced in last year’s update.

More recently, we’ve heard about possible improvements to Siri, VoLTE, and a powerful accessory that could join iOS 8 and the iPhone 6 later on this year. 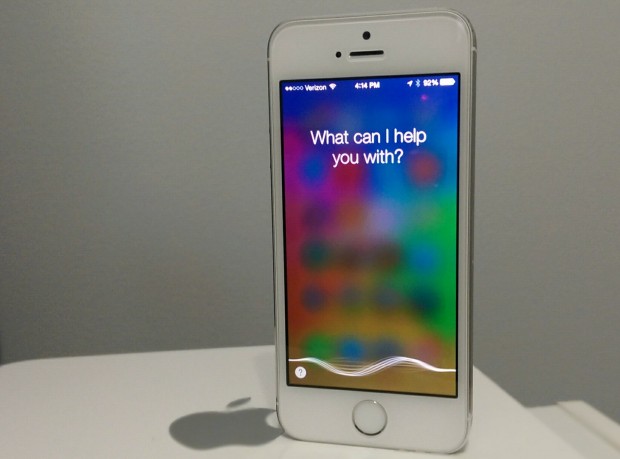 Techcrunch reports that Apple bought a company called Novauris last year for an undisclosed sum. Yoon Kim, and other voice recognition experts are currently working with Apple. For those not aware, Novauris is a speech recognition company, and the founders and team are speech recognition experts. Nothing is set in stone but Apple’s acquisition hints at potential improvements to the iPhone and iPad’s virtual assistant, also known as Siri.

Mark Gurman also hints a major addition coming with iOS 8. He claims that the new update could deliver VoLTE support on the new iPhone for this year. The feature is still up in the air, mainly due to Verizon and AT&T waiting to officially roll out VoLTE networks.

For those not familiar with the perks of VoLTE, the service delivers many advantages including better call quality. It’s also much more efficient, which could play a role in delivering better iPhone battery life for heavy talkers. Battery life is essential to iPhone owners and its a common complaint amongst Apple’s user base.

Finally, rumors once again have suggested that the iOS 8 release could come with the arrival of a brand new accessory. Apple’s iWatch has been talked about for years but still hasn’t been released. With iOS 8 expected to include a number of health related features and rumors firming up, that could change in 2014.

In the latest report from the Economic Daily Times, Apple plans to ship the iWatch in Q3 which runs from July through the end of September. This lines up with many recent iPhone 6 release date rumors which mostly point to September.

While there are a ton of iWatch rumors swirling around, we still don’t know what Apple’s oft-rumored product looks like. The video below shows an iPhone 6 concept that incorporates parts of iOS 8 but there is a good chance that Apple’s product and this concept will look nothing alike.

We expect iOS 8, iPhone 6 and iWatch rumors to continue to emerge as we inch closer to WWDC and the fall.