As Apple presented iOS 5 at WWDC 2011, they had the rabid Apple fans licking their lips in anticipation, but probably disappointed the crowd and other observers when they confirmed that the new mobile OS won’t ship till some time “this fall” meaning anywhere from September 1 to November 30. 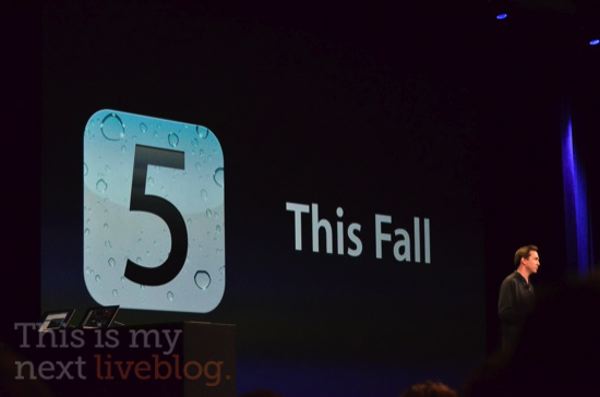 For the developers present, they can get their hands on the update immediately as they were told it will be ready “Today!” You will have to download the new OS from a special site only for paid members of their developer program.

There has been a lot of speculation as to where a new iPhone would be announced at WWDC. Our own Xavier Lanier and Adam Mills had a point-counterpoint debate. It looks like Adam wins the award for getting it right – there will be no new iPhone during the usual summer release cycle. This is not hard to believe since Apple just released a new iPhone for Verizon and finally got the new white iPhone out the door.