The iPad has come a long way since it was originally launched back in 2010, and while the 1st-generation iPad has since quietly passed away, many users are still using their original iPads for numerous tasks.

Back then, the 1st-generation iPad was a revolutionary device, and while tablets already existed, the iPad changed the way consumers used them. However, as Apple does, a new iPad came along every year, quickly pushing the 1st-gen iPad back into a corner.

It’s stuck running iOS 5 and most (if not all) modern games can’t play on the original iPad. Most apps require iOS 6 at least, leaving the older device left to rot without any support.

However, there are actually still a lot of uses for the 1st-generation iPad, and while there have been a whopping four new models of the iPad since the original, many users are still sporting the legacy device, since it essentially “still works fine.”

While you may not be able to install any app you want, you can still play some games on it and even load it up with movies and books.

Here are five things that the 1st-generation iPad is still good at.

While the original iPad can’t play games like Modern Combat or Infinity Blade, it can still play a lot of basic games that don’t require a lot of processing power. Games that come to mind are Solitaire, Prince of Persia Retro, Sonic the Hedgehog, and even the popular Candy Crush Saga.

I’m not a huge gamer myself, but I still like to dabble with casual games every now and then, and I know there are similar users that exist. For this, the original iPad is the perfect device.

Depending on what storage size your original iPad is, you can load up a handful of movies and TV shows to have them on hand to watch while you’re traveling or working out at home. Despite the original iPad being four years old, it’s 1024 x 768 display still works well with videos.

Granted, you won’t get the HD experience from movies that you can get on newer iPads with the Retina display, but the good news is that you can squeeze more movies onto your iPad since they don’t need to be in HD, thus cutting down on the file size of each movie.

If you’re a reading nut and wish you could just put all of your books onto one device, the original iPad is a great device for that. Amazon’s Kindle app still works great on the original iPad, and you can also use Apple’s own iBooks app.

Plus, if you have reading content in PDF form, you can also transfer those to your iPad and read them in their digital form. You can also use a PDF reader app and use it to annotate documents and take notes.

So while the iPad is a bit too big to be a traditional MP3 player, you can still store your music on it and listen to it whenever you want. 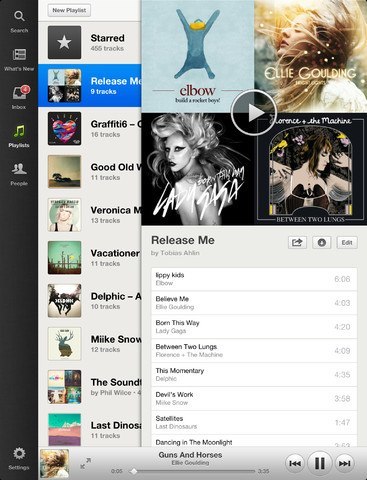 The built-in speakers on the original iPad aren’t terrific, but it has a headphone jack to plug in any headphones you want. When I used to have the original iPad, that’s pretty much what I used it for after the tablet lost support for many apps.

Plus, you can listen to your music while playing some casual games, making the original iPad a great multitasking device, even for its old age.

While Safari on iOS 5 isn’t as fast as it is today in newer versions of iOS, it still makes for a good browser whenever you want to do some casual web browsing.

What makes it perfect for this is that the iPad is a great instant-on device, giving you access to Safari almost instantly once you unlock the device. It’s perfect as a coffee table iPad so to speak, allowing quick access to information if you don’t happen to have your laptop or smartphone within arm’s reach.