While the white iPhone 4 is still not available for sale, a recent part leak from an iPhone and iPad repair site sent to 9to5 Mac suggests that Apple’s second-generation tablet will be also available in white. 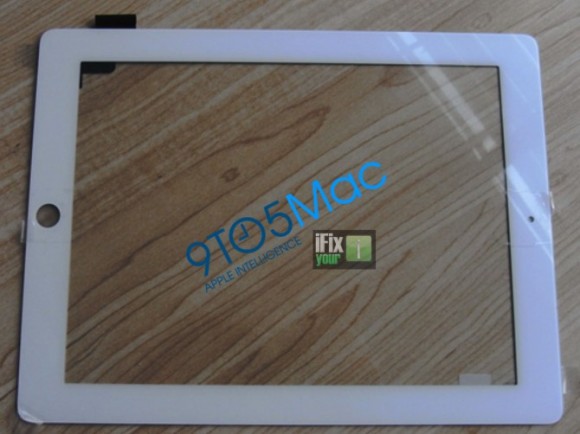 The part leak shows the front screen with a white bezel area around where the black display is currently used. It’s unclear if the back of the device will still be in aluminum or will also be white.

The part was obtained by iFixYouri, a site that sells Apple parts for repairs.

According to 9to5 Mac, the bezel of the display, along with the camera hole and position of the ambient light sensor, match closely with prototypes of iPad 2 screen protectors. The device is said to sport thinner, faster, sport cameras, which would help the iPad capture fast-moving pictures. However, the utility of a sports action camera on a 10-inch tablet may be dubious as the device would still not be as portable as an iPhone or smartphone and would be far less mobile than a regular digital camera, albeit the tablet may provide extra functions for downtime such as games and Web browsing.