Majek Pictures was on hand to shoot the red carpet premiere of the new Reelz Channel TV Show The Kennedys. No big deal except that they chose to use the Apple iPad 2 to shoot the event. Sure, it was mainly a publicity stunt just to garner attention for both the show and the new iPad app related to the show. But we are suckers for cool new ways to use tablets.

In the video below you can see for yourself the interesting reaction received from actors like Greg Kinear as Michael Koerbel shot the event by holding his iPad 2 up camera ready. He got some decent shots with the HD camera. 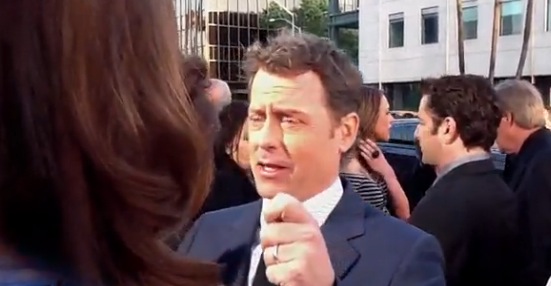 You may be familiar with Koerbel and his Majek Pictures film company. They shot a short film using the iPhone 4 when it first came out. And they also put together a web actions series called Goldilocks also shot on the iPhone 4.

Here is the Reelz Channel story about the event shot by Koerbel.