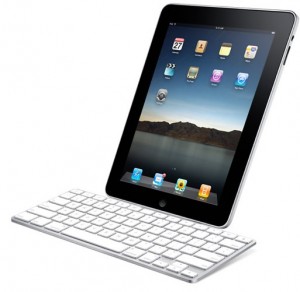 Apple’s holding a press event on March 2 where it will likely introduce the next-generation iPad. We’re expecting to see a refined iPad 2 that will make the original iPad obsolete. If you’re planning on buying an iPad, now is not the time.

So what will your patience buy you? The iPad 2 (or whatever Apple decides to name it) will likely have a pair of cameras, including a front-facing camera that can be used for Facetime video chats. The guts of the iPad will be upgraded, which means it will be able to run more complex apps and games. We’re also expecting to see a much better speaker that will make it easier to watch movies and listen to music without headphones.

The iPad will most likely have a slightly different exterior design. A different shape and the addition of the cameras means that the iPad 2 will not be compatible with cases and most accessories designed for the original iPad.
https://www.youtube.com/watch?v=oR4LJEdG6_o
We’re already seeing iPad 2 designs leak out, such as the one in the above video.

There is some good news if you swear the original iPad meets your needs. Gently used and refurbished iPads will likely flood the market as soon as the iPad 2 goes on sale. There is a chance that Apple will introduce the iPad 2 at a lower price than the original iPad, which would drive the price of used iPads down ridiculously low.

The first generation iPad was the fastest selling gadget in history. We expect the iPad 2 to be a more mature product and have at least a couple of surprises.