I’ve had my iPad 2 now for more than a couple of weeks. I was lucky enough to snag one on launch day at our local Best Buy. I get a lot of people asking me two questions? 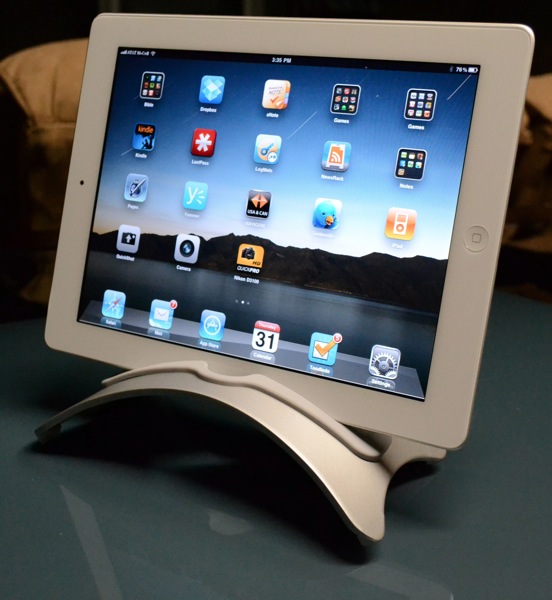 I loved my old iPad as well. That is now in the proud hands of my wife who also loves it, but not like I did. She gets questions too. “Is that an iPad? Do you like it?”

I’ve picked up the old one a few times because,

When I pick up my old friend, the original iPad, I have an emotional reaction. It feels fat and looks weird. I have the new white iPad 2 and really like the way the white front frames the display. While it is not that much lighter than the original iPad, when I pick up my old iPad it feels chunky. For me to call anything chunky is a bit hypocritical. In case you didn’t know it, just watch some of my videos where you can see me then read the silly YouTubers who seem to think I don’t realize it. I’m overweight. But still my old iPad feels like yesterday’s technology, even though it is just a year old.

One reason for my delight in the iPad 2 might be the form factor. It is sleeker and more svelte than it’s older brother. That may be it, but if the new iPad hadn’t been released I would not have known I needed or wanted a leaner thinner iPad. This might be a contributing factor, but I doubt it.

When people ask me the second question – “Do you like it?” – I often feel the need to offer reasons why I like it. But nearly every single one of those reasons is true of fat old iPad.

Notice that the faster processor and cameras are not on the list. Sure, I like them. I think GarageBand is so cool on the iPad 2. The app works on the old iPad, but not as well. Having a camera to snap pictures of papers handed out in meetings is not only cool but makes my old iPad wielding friends envious. The rest shake their heads and say something like, “Wow” or “That’s cool!”

Before I had my iPad 2, I just used my iPhone to snap pictures of papers. So, that’s not that big a deal.

Why do I love my iPad 2 so much more than my original iPad? It is purely emotional and entirely visceral. And that is why Apple stock is so much higher than other tech companies.

The Apple ecosystem is built on more than just good technology and customer service. Apple is better at capturing the emotions of customers. This turns them into vocal advocates and almost volunteer evangelists for the brand.

Before I started using Apple products, I laughed at Apple fanboys. They seemed to be stuck in the Steve Jobs distortion field. But now that I’ve crossed over, I get it. It just feels good to use an Apple. And I’m not talking about an external sensory feeling, but an internal emotional one.