The iPad 2‘s Gyroscope allows for more precise motion controlling in games like Real Racing HD, but as my son found out during a windy car ride, the gyroscope is greatly affected by real life car driving.

The game in question is Real Raching HD ($6.99), a racing sim game that uses the iPad 2 gyroscope to help make steering in the game far more accurate. The result is a game that much more playable … unless you are in a car on a windy road. 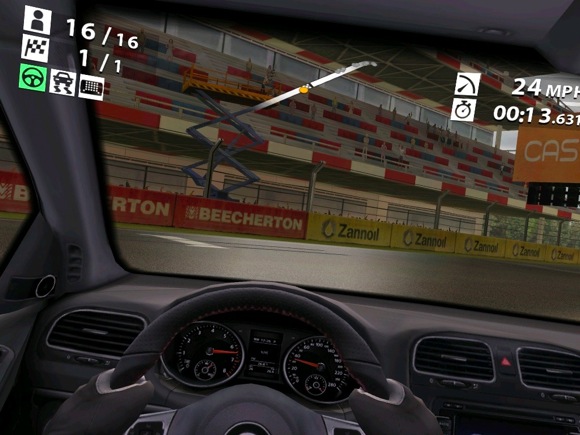 I was taking my son Daniel to school and he asked if he could play my new iPad. He loves Real Racing HD on it. He sat in the back seat and noticed that suddenly his in-game car would just steer off the road or into another vehicle. It was really hard for him to control it, but only on occasion. He told me about it and it hit me that the movement of our car might be affecting the movement of his in-game car. So I tested it out by taking a curve a little harder than I would and it sent his car hurdling off the road. 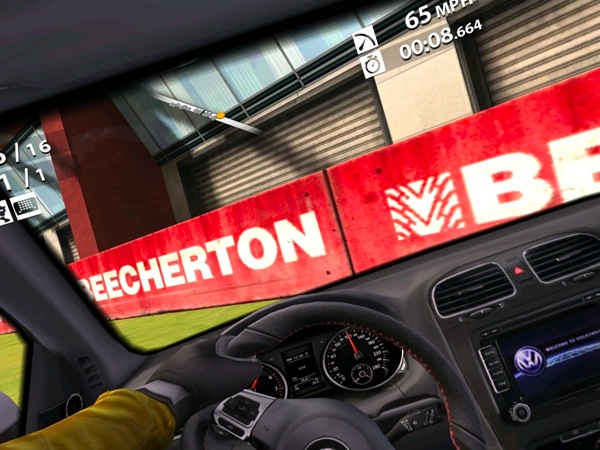 Now we are not suggesting this is a problem with the iPad 2. In fact it is evidence of just how sensitive the gyroscope is. The gyroscope makes it possible for the iPad to not only sense up/down and left/right motion as it could previously thanks to the accelerometer. What the gyroscope does is also adds the sensation of twisting on a horizontal plane – hence the movement caused by my turning the car quickly.

Our experience is that playing games that take advantage of the gyroscope are much better on the iPad 2 than they were on the original iPad. Real Racing HD is one such game.

Other games that take advantage of the feature are: