An iPad 2 jailbreak has been a long time coming but it appears that the day has finally arrived, at least for some iPad 2 owners. JailbreakMe 3.0, has apparently been leaked by a private beta tester and is now readily available for installation. The only problem is, you’ll need to be on iOS 4.3.0. 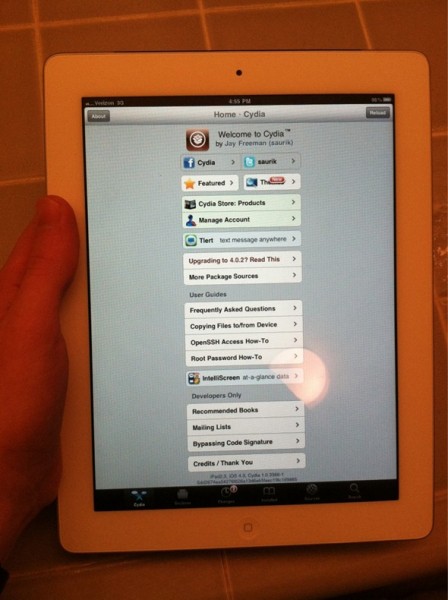 Now, this is not the official version of JailbreakMe 3.0. Comex, the developer behind the jailbreak, has teased that he’s nearly finished working out the bugs so what you’d be installing here is a quote unquote unofficial version.  However, some people are probably ready to take the plunge and so if you want to take the risk, here’s how to jailbreak your iPad 2 running iOS 4.3.0 courtesy of Redmond Pie:

Step 1: Launch Mobile Safari and navigate over to the URL as shown in the video.

Step 2: Once you’ve done that, Safari should automatically close, that’s completely normal. You should now see a Cydia icon on your Home Screen, with a progress bar, much like any other official app while it’s downloading.

Step 3: Once the Cydia icon disappears, reboot your device. Once it powers back up, which could take a little bit longer than usual, your iPad 2 should be jailbroken.

(Remember you need to be on iOS 4.3.0. You can check your version by doing this: Tap Settings, Tap General, Tap About on your iPad 2.)

The video that those instructions refer to is right here:

So, again, this is not an official release from the developer who made this. It is confirmed to be working but you’re installing this at your own risk. So, if you meet the criteria and feel that the reward outweighs the risk, feel free to dive right in, there are plenty of reasons to do so. Just keep in mind that it voids your warranty if you decide to take the plunge.