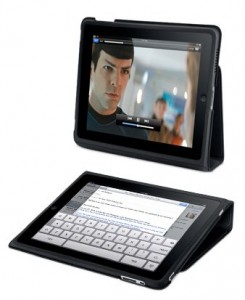 Report out of Digitimes is that Apple’s contract manufacturer Foxconn has been given the go signal to start churning out the next generation of iPads to the tune of 400,000 to 600,000 in the initial shipment. Supposedly shipping out in February. So how does that affect the tablet buy/wait equation?

Warner isn’t the only one fielding buy/wait questions when it comes to the iPad. Someone I know bought someone they know an iPad for Christmas (not me) and had a similar concern about whether they should have waited. My advise was that there’s going to be a new iPad every year, probably in April but definitely Spring, which is about four months away. If you’re going to stop and wait that long for the next best thing, you’re going to be doubting and/or waiting forever.

News of the iPad 2 shipping in February doesn’t change that. Apple needs to stock these things before launch and that stock needs to be in the millions, not thousands. That much product needs a long lead time, so February shipping means March or April selling. You’re still looking at four months until the next iPad, not two.

Another thing to keep in mind is that the tablet experience is primarily software driven. Added hardware features, such as the camera on the Galaxy Tab, are important to consider, but you can expect the Galaxy Tab to be updated to Android 3.0 and get that tablet-friendlier interface, just as you can expect the iPad to get the next iOS update. Eventually, the dynamic software will outgrow the static hardware, but you can buy a tablet now and expect to be up-to-date with the latest software for a couple of years.