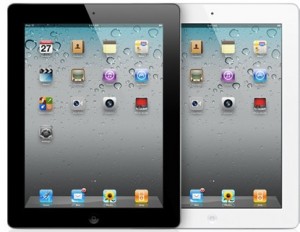 Apple has been known to call itself a software company despite delivering amazing hardware with great industrial design. In the company’s iPad 2 announcement, CEO Steve Jobs reiterated Apple’s stance as a software–and more importantly, by inference, as a user experience company–rather than a hardware company.

Many keen users who watched the keynote and the second-generation Apple tablet announcement may have noticed a couple key figures missing from the announcement. First, while the iPad 2 is said to have a dual-core processor that could deliver twice the computing performance of the first-generation A4 chip on the iPad 1, Jobs never revealed what the clock speed of the A5 processor on the newer tablet is. Second, the company never issued any specs on RAM memory.

Instead, perhaps in a pre-emptive move by Jobs and in a bid to deter any questions on specifics regarding to the iPad 2‘s specs, aside from the internal flash storage (16, 32, and 64 GB), wireless connectivity options (3G for either Verizon or AT&T, or WiFi-only models), dual-core A5 chipset, and the strikingly thin design of the tablet, the company says that the “post-PC era” defined by tablets like the iPad should not even compete on specs. In fact, Jobs re-iterated the features that make the iPad a unique device and a formidable leader in the emerging space–apps, and the ability to do what you need to do.

And Jobs really does have a point. Apple’s rival, Motorola, recently launched its Xoom tablet based on the Android 3.0 Honeycomb operating system, which is designed from the ground up by Google just to work on tablets. Despite its tablet-centric approach, desktop-like feel with new interactions and controls, and amazing specs including dual-core 1.0 GHz CPU, beautiful high resolution display, and others, the tablet has been referred to by many, including our own Xavier, as a beta product that feels unfinished.

That’s in part because there aren’t many specific applications, programs, or software from third-party developers that completely marries Honeycomb’s tablet-centric UI design to the amazing hardware. As a result, you have a good experience with core apps, but move beyond those apps and you’ll be left with what appears to be a pretty large Android smartphone with apps that are upscaled to fill the screen, rather than intelligently designed apps that makes use of the screen’s real estate in a wise manner. Jobs joshed in keynote that his rival–and displayed a slide with a bee alluding to Android 3.0–has now 100 apps for the tablet, and he said he is being very liberal with that number whereas Apple has tens of thousands of tablet-specific apps for the iPad; as of last count, specific Android tablet apps are at 16 on Android Market.

And there may be a point to delivering a broad array of quality apps. In the case of Android, Google’s major unique selling point with the Xoom, at least when it compares to the iPad, is that there will be native support for Adobe Flash. While iOS does not support–nor will it ever if Steve Jobs has his way–Flash, a lot of the things that require Flash can be translated into an app experience, like TV show streaming via Hulu Plus or the ABC app on iPad, or Flash-based games being ported as an iOS app on the App Store.

In the desktop and laptop world, especially in the days when Apple ran its system on Power PC processors before the company had switched to Intel brains, Apple refused to compete on specs. The company shunned comparisons between clock speed of a CPU on an Apple Mac system versus a PC system, inferring that if software can take advantage of using less resources and perform at or even better levels, then direct specs comparisons are not relevant and are often misleading. In the mobile space, now with its own ARM-based proprietary A5 processor, Apple again is refusing to define its beautiful hardware lineup by specs.

The only things that Jobs and his team would reveal are:

In reality, apps moved fluidly on the dual-core processor of the iPad 2. The responsiveness is great and is very comparable to the Motorola Xoom, which sports a Tegra 2 CPU from NVIDIA. Whatever the case with RAM is, it seems that Apple has honed in further on developing multi-tasking capabilities on the iPad and I didn’t notice any lags on the demo units in San Francisco. With apps that are designed to take advantage of the iPad’s hardware configurations and capabilities through APIs and SDKs, it seems that Apple really knows how to deliver a great user experience.

Despite Apple’s push to stay out of the specs game, its competitors will drag Apple back into the specs race implicitly. In justifying the price tag for the Motorola Xoom, company CEO Sanjay Jha says that 4G mobile broadband connectivity was a major reason. However, he also added that the Xoom also used–what was at the time–higher quality components to not only compete with the then current iPad, the iPad 1, but the next generation iPad–or iPad 2–from Apple.

As a skeptic, I do wonder why Apple is being so ‘generous’ on specs, unlike the HTCs, Samsungs, and Motorolas of the world who are always tempting you with the latest hardware in an effort to upgrade. The reality is, Apple has an annual upgrade cycle for its tablets and smartphones, if history is any indicator, unlike rivals on the Android platform which rolls out new phones every couple months. With Android, you really do need to compete on specs to come out ahead else risk being lost in a sea of your competitors and being commoditized by the platform itself. In order to push hardware sales, the LGs and HTCs must woo customers that the latest is the greatest. With just an annual upgrade path, Apple doesn’t have to be as aggressive; it doesn’t need to use specs in its marketing language in a race to tell consumers what is marginally better than the previous device. Additionally, instead of trying to push incremental hardware upgrades based on specs revisions, the company could make its money in other ways, like selling compelling apps that combine the power of iOS to whatever hardware Apple makes available. After all, as Jobs says, Apple already has 200 million iTunes accounts with credit cards on file, a number that the company says rivals, if not bests, Amazon’s.