Another day and another round of Apple rumors. It’s amazing that though Apple does not make an appearance at the Consumer Electronics Show, rumors surrounding the company in the early part of the year rival the industry trade show. This time, the rumor is that Apple would sell the iPad 2 at a discounted price after the company introduces the iPad 3, selling both last year’s model alongside the current flagship tablet. 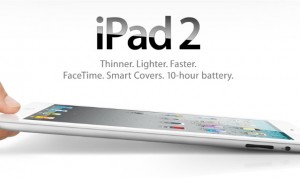 The strategy is not new to Apple, which has been doing this with the iPhone to offer budget-conscious shoppers a low barrier to entry into the iOS and Apple ecosystem. If the latest round of chatter is true, Apple will repeat this strategy with its iPad, and we can see the iPad 2 drop in price to potentially $399 or $299 if Apple is aggressive. The move will also help Apple steer customers back into iOS at a time when we’re seeing low-cost tablets emerge, such as the popular Amazon Kindle Fire and Barnes & Noble Nook Tablet.

With its phones, APple offers last year’s models with reduced storage at an entry price of $99. Potentially, an iPad 2 with 8 GB can be made and be offered at a discounted price.

The iPad 3 will get some new specs, including a Retina Display, HD FaceTime camera, and an improved rear camera that will be on-par with the iPhone 4 or iPhone 4S.

The company has been speculated in the past to be re-considering its pricing strategy for tablets, and this may be a possible result of that new strategy.