The iOS 7.1 iPad 3 performance is improved over iOS 7 thanks to optimizations from Apple. After spending two weeks using the older iPad with the iOS 7.1 update this is a clear win for users.

I installed the iOS 7.1 update on the iPad 3 right after Apple released it in early March and worked in more time to use the older iPad to see how it performs with iOS 7.1, compared to the iPad Air I use on a more regular basis.

Apple’s iOS 7.1 update brings a collection of small visual changes to the iPad and several small new features that users with an iPhone and Siri users will appreciate. The biggest iOS 7.1 feature for iPad 3 owners is improved performance.

This iOS 7.1 review for the iPad 3 will focus on the performance of the older iPad using the new software and any problems the update may bring.

The short video below shows the iPad 3 running iOS 7.1 so users can see the performance boost after installing the iOS 7.1 update. I filmed this example of the iOS 7.1 iPad 3 performance right after updating to iOS 7.1 in early March. In the time since performance remains good on the iPad.

The biggest reason to install the iOS 7.1 update on the iPad 3 is the improved performance. Using the iPad to switch between apps, move in and out of folders and use apps like Safari is faster on iOS 7.1. Is it as fast as my iPad Air? No, but it is improved over the iOS 7 speeds and these common tasks can dictate how smooth and fast a device feels.

The iOS 7.1 performance improvements do not seem as dramatic as those on the iPhone 4, but even without considering any of the updated features or looks it is worth installing iOS 7.1 on the iPad 3. 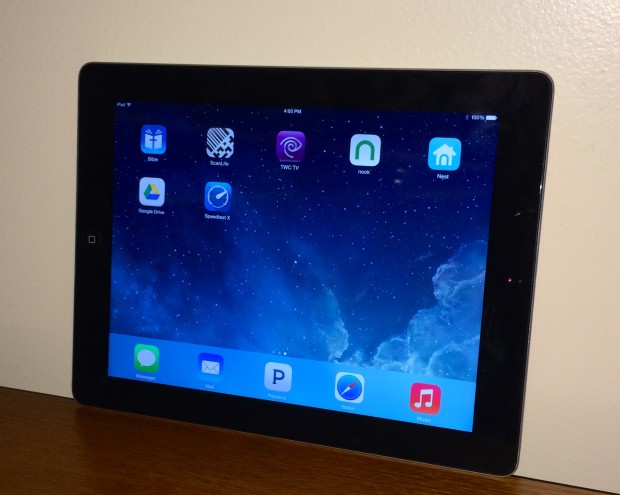 The iPad 3 iOS 7.1 update is worth installing.

I specifically checked connectivity on the iPad 3 with iOS 7.1 because on iOS 6 the device often showed a greyed out WiFi icon or would not connect to WiFi in certain rooms or at certain times. During the last two weeks of reviewing iOS 7.1 on the iPad 3 it was able to hold a connection well. I do not have an iPad 3 with cellular connectivity so I am not able to check that.

iOS 7.1 performance enhancements don’t deliver any graphical upgrades for iPad 3 games, but in testing the iPad 3 with a variety of apps, including video streaming and audio streaming there are no apps that don’t work on iOS 7.1 in my library.

Is the iOS 7.1 iPad 3 Update Worth Installing?

Right after asking how the iOS 7.1 iPad 3 performance is, many readers and friends ask if it is a good idea to install it. After spending several weeks testing specific areas that are prone to be problematic on older devices I can confidently say that the iOS 7.1 update is worth installing for any iPad 3 owner.

The iOS 7.1 update completes the look Apple introduced with iOS 7, makes FaceTime calls sync between devices so I don’t have a stack of notifications after using FaceTime audio all day. The new Siri hold to talk feature is very nice if you pause between commands. Without holding down the home button Siri often stops listening before i add a time or date to reminders because I pause to think about the specifics, but by holding the button Siri will keep listening. The video below shows more about what is new in iOS 7.1.

iOS 7.1 is a free update for the iPad 3, and it is worth installing for the performance boosts and new features. While there are some iOS 7.1 problems, I have not experienced any on the iPad 3.