That’s the question I’ve been asked in a number of emails this week. Even though the iPad 3 isn’t released, or even announced, people want to jailbreak the new iPad in order to install their favorite non-Apple approved apps and tweaks.

If you want to jailbreak your iPad, you may want to hang onto your iPad 2 for a little while longer. The iPad 3, or Pad HD will present a new challenge to the jailbreak teams thanks to two rumored iPad 3 features.

Every time Apple releases a new iPad or iPhone the hacking gets harder and more complicated. GreenP0sion posted the following note when the iPhone 4S jailbreak was released. 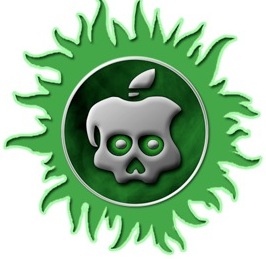 The ridiculously complex combination of exploits-within-exploits that make this iOS jailbreak possible have consumed thousands of hours of brain-power & effort from a legion of world-renowned hackers, several of whom have been working diligently on this project since the dual-core A5 processor was unveiled by Apple last March.

At that point, I don’t know if any iOS hacker anticipated how much the A5 chip would completely change the game & up the stakes. The endless war we fight to jailbreak has become more & more difficult with each new device released, and our recent battle against A5 only proved this further.

To recap, the A5 processor took a long time to hack because Apple ramped up security. Apple isn’t a fan of jailbreaking, so you can expect a number of changes in the new iPad 3 processor, put in place to prevent jailbreaking.

Remember the wait for the iPhone 4S jailbreak and the iPad 2 iOS 5.0.1 jailbreak? That delay was thanks to Apple security features in the newer processor and in the newest version of iOS.

Even iPad 2 and iPhone 4S owners will need to wait for an iOS 5.1 jailbreak to arrive before upgrading to the latest version of iOS.

The good news is that we now have a “Dream Team” of iPhone and iPad hackers. This collaboration of security professionals, the Chronic Dev Team and the iPhone Dev Team were able to bring an iPhone 4S jailbreak to life within months of the iPhone $S launch.

There has been no official comment on an iPad 3 Jailbreak from our favorite hackers, MuscleNerd, P0sixNinja or pod2g, which makes me think that we won’t see a surprise jailbreak on iPad 3 release day.

Many of us are looking forward to jailbreaking the iPad HD or iPad 3 so that we can run some of the best iPad jailbreak apps. Personally I want to install f.lux on the iPad 3 so that I don’t have to worry about a keeping myself awake long after I turn off my iPad at night.

Will you be jailbreaking your iPad 3 or iPad HD when it is available? Will You Wait to upgrade form an iPad 2 until there is a working iPad 3 jailbreak?