Another day and another round of iPad rumors. The third-generation venerable Apple tablet is now said to be sporting a high resolution display, which we’ve heard multiple times in the past since even before the launch of the iPad 2, and also 4G LTE mobile broadband connectivity.

The latter isn’t quite too surprising given that all three major U.S. carriers that are supporting the iPhone are aggressively trying to build out their LTE footprint. Verizon Wireless has the largest footprint, but rival AT&T is slowly adding new LTE markets to the list. Additionally, Sprint is now beginning to deploy LTE in addition to the competing 4G WiMax protocol. 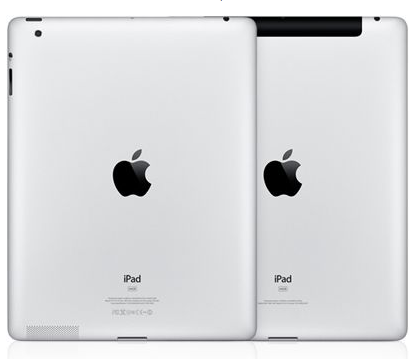 The benefit of LTE over prior generation 3G HSPA/HSPA+ and CDMA/EVDO networks is that LTE can provide up to ten times the download speeds of 3G and super fast upload speeds.

According to Bloomberg, the iPad 3 will have a faster processor as well.

As a company, Apple has been heavily promoting the high-resolution, pixel-packed Retina Display on the iPhone 4 and iPhone 4S. A Retina Display would seem like a natural fit for a tablet given that Apple’s rivals are reaching HD resolution screens. High-end Android tablets either come with a 1280 X 800 display and new models launched may increase that to a 1080p resolution.

The iPad 3 will be launching at a changing point for Apple, which so far has dominated the tablet market. Since the company launched its debut tablet over two years ago, it is facing aggressive competition from low-cost tablets with respectable specs, such as the Amazon Kindle Fire and the Barnes & Noble Nook Tablet. Moreover, various Android devices also boast LTE connectivity.