Apple is expected to launch a new iPad in March or April, likely called the iPad 3.

There are a number of iPad 3 rumors around that help paint a picture of what will make the iPad 3 different from the iPad 2.

Rumors are great, but intelligent iPad 3 predictions from a man who knows every apple gadget inside and out is better than some oft repeated bit of gossip from an un-named source.

To say Kyle Wiens of iFixit is an Apple Insider is almost an understatement, this man that has torn apart more gadgets than you have ever known. iFixit provides teardowns of the iPad 2 and iPhone 4S, taking us inside Apple’s hottest gadgets and uncovering secrets, like how much RAM the iPhone 4S has.

Here’s a video of iFixit tearing apart the iPad 2 to learn more about the device.

Kyle Wiens talked to CIO during MacWorld to find out what features, specs and upgrades the iPad 3 he thinks the iPad will have when it is released. 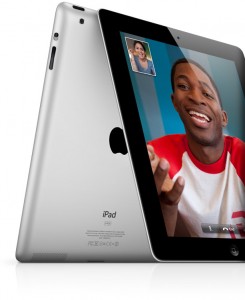 The iPad 3 may look similar to the iPad 2

Don’t expect a radical new design or a more rugged iPad. According to Wiens, the new iPad will use a very similar looking body, similar to how Apple stuck with the same design for the iPhone 4S.

Expect four times the pixels for a stunning iPad 3 display.

Wiens believes Apple will add four times the pixels, bumping up the iPad 3 resolution to a Retina quality when held at arm’s length, making text and photos smoother, much like the difference when going from the iPhone 3GS to the

Expect a more powerful graphics processor in the iPad 3.

To make sure the Retina Display can show off beautiful in game scenery, Weins believes that Apple will need a more powerful graphics processor.

Wiens isn’t optimistic for a quad core A6 processor in the iPad 3. While he doesn’t rule it out, he leans towards a modest performance boost and a quad core iPad in 2013. 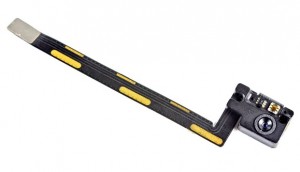 The iPad 3 is expected to improve on the iPad 2's camera.

The iPad 2’s camera is mediocre at best, Weins suggests that Apple will include a better HD camera on the iPad 3. No word on how it will stack up to the amazing camera on the iPhone 4S. 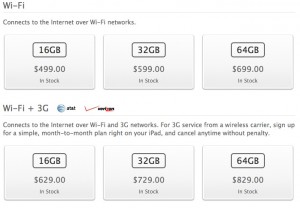 iPad 3 prices should remain the same.

Like many of us, Wiens predicts that Apple will keep the same $499 entry price for the next iPad. While Apple enjoys a healthy product on each iPad, keeping this price could be a reason they skip the quad core processor this go around.

Because Weins expects an incremental upgrade, he thinks it is possible that Apple will call the next iPad the iPad 2 HD, in reference to the HD screen resolution and higher resolution camera.

If you need further proof the iFixit team knows what they are talking about, here’s their iPhone 4S teardown video.

You can look at their detailed iPhone 4S teardown and iPad 2 teardown to see what’s inside your favorite Apple gadgets. I expect to see an iPad 3, or iPad 2 HD teardown on iFixit within days of the iPad 3 release date.