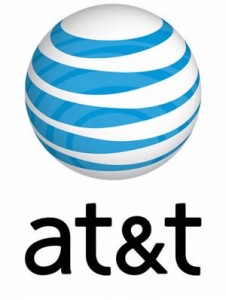 AT&T’s CEO said that about half a million iPad owners actually pay for AT&T 3G service. That might sound like a lot, but it’s only a fraction of the total number of iPads out there considering more than three million were sold in the second quarter of the year alone. Even worse, from AT&T’s point of view, is the fact that iPad users aren’t on long term 3G contracts.

Apple doesn’t break out how many iPad WiFi + 3G copies it sells compare to the WiFi only versions, but it’s safe to say that most consumer slate users aren’t interested in paying for expensive 3G data plans, even without long-term contracts. While many apps rely on Internet connectivity, iPad users seem to be finding enough open WiFi connections or simply not seeing the need to pay for more expensive hardware and yet another monthly service.

In an interview with Reuters, analysts are saying that this could mean bad things for the upcoming launch of the Galaxy Tab:

Pacific Crest analyst Steve Clement said this could indicate that many iPad purchasers aren’t bothering to connect the device to the Internet using the AT&T network.

Since operators such as AT&T are expecting strong growth from gadgets such as tablet computers, this trend could mean the device category will represent less business than expected.

“Half a million at this point would seem low,” Clement said. Apple rival Samsung Electronics is banking on several carriers, including AT&T, to help sell its new table device, the Galaxy Tab.

A $499 gadget like the iPad is affordable enough to be an impulse buy for many early adopters, but top a slate’s price tag with a credit check and a monthly service fee and people really start thinking about purchases. We’ve seen this movie before and we’ve seen it go nowhere. No matter how cheap a device is, consumers don’t like paying $60 per month for mobile Internet. Subsidized netbooks with built-in 3G have been a flop here in the U.S.

If Apple can’t get more than 10% of its iPad customers to hop on the 3G bandwagon for just $25, I doubt anyone else will be able to do much better. The problem of course is that many of the consumer slates are going to be sold by the big wireless carriers who have no interest in pushing WiFi only models. Google has restrictions that prevent Android powered devices from accessing the Android Market unless they have 3G connectivity, which means any such device would be crippled beyond usability.

I’m one AT&T customer that isn’t paying for a 3G connection for my iPad. I saved $130 on hardware and I already had a Sprint MiFi connection.