Ahead of Apple’s October 23rd media event that is anticipated to be the venue for the launch of the 7.85-inch iPad Mini, it appears that parts for what is believed to be the fourth generation iPad has surfaced. Apple has done away with naming its iPad tablets with numbers when the company debuted the third generation iPad earlier this spring, instead calling it ‘the new iPad’ rather than iPad 3 as it had done previously with the iPad 2.

According to BGR, the leaked components are for the new iPad’s Lightning standard dock connector, which debuted with the iPhone 5 to replace the older legacy 30-pin dock connector. 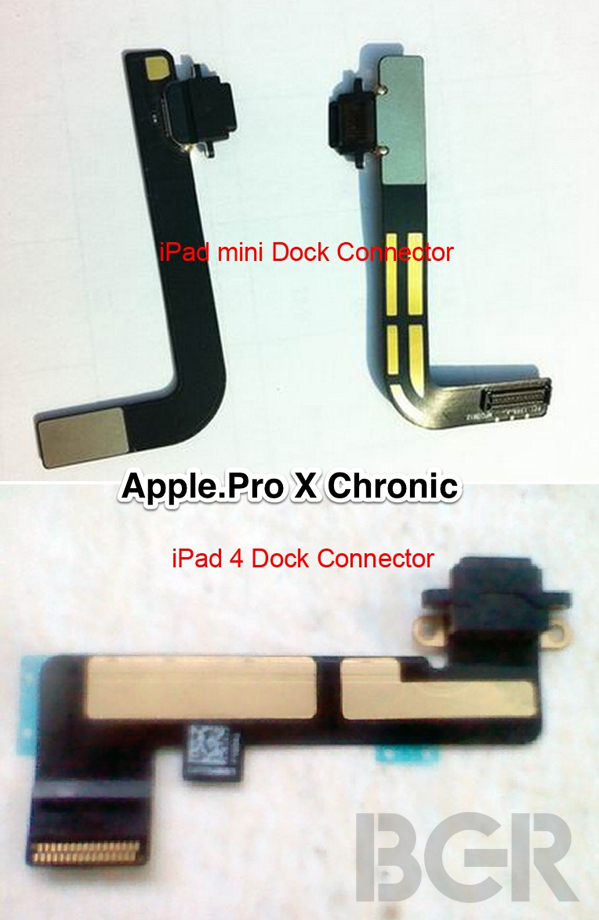 The story is developing and given that Apple has historically released its iPad tablets in the Spring, an iPad 4 could debut in Spring 2013 rather than the October 23rd media event.