The iPad 5 may not be debuting alongside the iPhone 5S in September but we’re already getting a good look at what its design might look like when it does finally make its way to shelves.

Rumors suggest that Apple is going to be holding an event on September 10th wherein the company will show off new products. It’s clear that the event will be centered around the iPhone 5S and iPhone 5C and not Apple’s new iPad models, rumored to be the iPad mini 2 and the iPad 5. Fortunately for those interested in Apple’s new tablets, leaks have been arriving at a steady pace ahead of their upcoming launch, rumored to be in October. 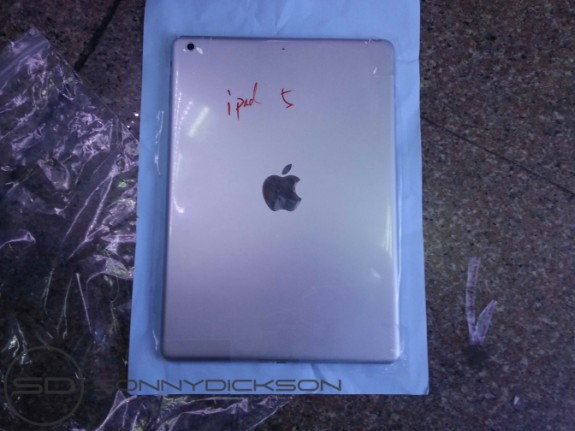 Apple’s iPad 5 is rumored for October.

Following yesterday’s iPad 5 photo-op comes another from noted leakster Sonny Dickson who seemingly unearthed what appears to be a back panel for Apple’s rumored iPad 5. Rumors have insisted that the iPad 5 will be coming with an iPad mini like design and these photos seem to reinforce that, offering a glimpse at a metal design that is indeed reminiscent of the iPad mini. 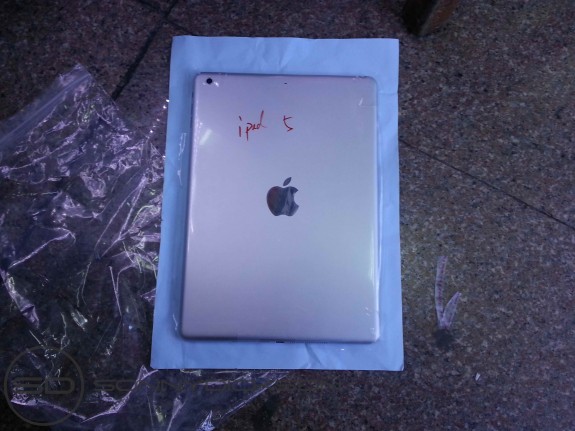 This is thought to be the back of the iPad 5.

The back plate meshes well with yesterday’s front panel leak which foreshadowed a device with extremely thin bezels, something that arrived on last year’s iPad mini. These photos also seem to back up rumors of a redesigned iPad 5 that could come with a much thinner, much lighter frame and put it in a better position to compete against the iPad mini and the upcoming iPad mini 2.

The latest iPad 5 rumors suggest the iPad 5 will be as much as 20% thinner, thanks in part to new screen technology that incorporates the touch panel into the front panel. Rumors also suggest that the device could be around 25% lighter than the previous model. 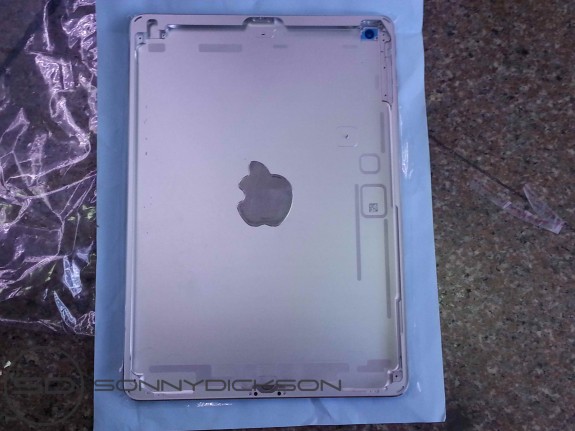 Apple’s iPad has always had a rear camera.

We’ve seen numerous iPad 5 photos leak out in the past but these offer the best look yet at what very well could be one of the key pieces to the iPad 5 puzzle.

The iPad 5 is expected to utilize the same high-resolution Retina Display that is found on the iPad 4 and it’s possible that it could come outfitted with a new processor as a selling point. It will also likely come with iOS 7, Apple’s new operating system, which is set to roll out sometime in September.

Apple’s iPad 5 and iPad mini 2 aren’t expected to arrive on September 10th but are instead thought to arriving at a separate Apple event held sometime during the month of October. Last year’s iPad 4 and iPad mini were released in November after being introduced the previous month.