The iPad 5 launch may not come until October, but leaks continue to show us what to expect when it comes to a new iPad design.

This morning a set of photos which are reportedly of the iPad 5 front panel arrive offering a look at incredibly thin bezels and an iPad mini inspired design that should make for a more portable iPad this fall.

Apple is allegedly undertaking the third redesign of the iPad since it launched. The new design is an effort to update the larger iPad 5 to better compete not with Android tablets, but with the iPad mini which reportedly stole some iPad sales thanks to a smaller, lighter design and cheaper entry-level price.

Read: iPhone 5S and iPad 5: Breaking Up Is Hard to Do 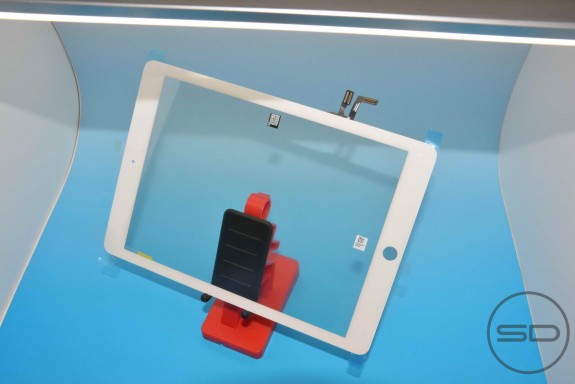 A new set of photos shows off a purported iPad 5 front panel.

On the heels of possible iPad mini 2 photos, we get a look at new iPad 5 photos from Sonny Dickson. Dickson is a well-known source for Apple leaks, who previously shared images for the iPhone 5S, iPhone 5C and other Apple devices.

The latest iPad 5 rumors suggest the iPad 5 will be as much as 20% thinner, thanks in part to new screen technology that incorporates the touch panel into the front panel. 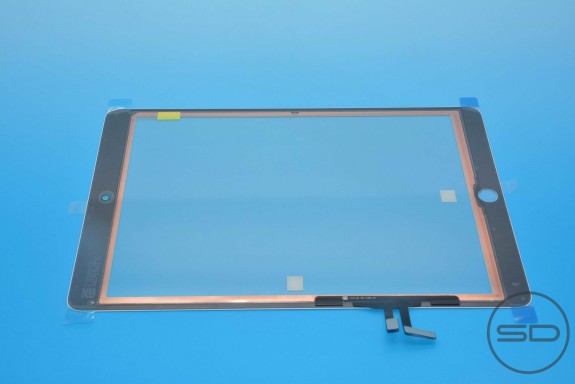 This new front panel is the secret to Apple’s new design.

Apple’s iPad 5 could also be as much as 25% lighter when it arrives to consumers. This would aid the new design in offering a more attractive 10-inch tablet option when compared to the iPad mini.

The photos show what Dickson claims is the iPad 5 front panel. We’ve seen similar photos before, but these offer a better look at the thinner bezels which will help Apple’s new design shrink in width.

The photos also show a collection of connectors and a close up of the opening for the home button on the iPad 5. There is talk of a fingerprint sensor in the home button of the iPhone 5S, but we’ve yet to hear if this new technology will also come to the iPad 5 or iPad mini 2. It could take Apple a year on the iPhone before it arrives on an iPad.

The iPad 5 should use the same high-resolution Retina Display that is found on the iPad 4, and the iPad mini 2 could also see an upgrade to Retina this year or in early 2014 according to rumors.