One thing that has been as regular as rain these last few years is that Apple and what is about to announce hangs over CES like a cloud. This year is no different with folks searching for any tidbit they can find about what is assumed to be the iPad 2 or a Verizon iPhone. One other thing that is certain is that Apple doesn’t like it when accessory makers or other partners spill the beans outside of its own controlled press leak mechanism.

It looks like Dexim is either in the loop with Apple or more than likely might find themselves outside of it according to reports from CES 2011. Apparently the accessory maker has a case on display for the iPad 2 that actually has a mockup of the next version of the device in it. It’s not clear if it is an Apple mockup or one that Dexim created, but in either case (not sure if that pun is intended or not) I’m sure Apple is none to thrilled with Dexim. Thing is we’re not really learning a lot more than we have already heard from other rumors about a thinner iPad 2 with multiple cameras and larger speakers, so you never know this might just all be baloney. 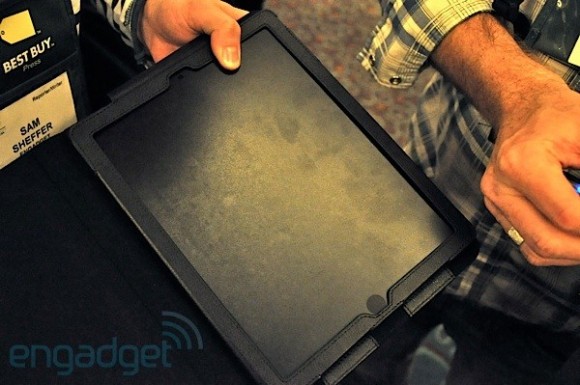