Last year, Apple released an update to its iconic 9.7-inch iPad in the form of the iPad Air. And while the iPad Air remains one of the best tablet options on the market, it looks like Apple plans to replace it with something new later this year. With rumors swirling, we take a look at everything we know right now about the next iPad Air, a device currently dubbed iPad Air 2.

Throughout much of 2013, we heard about a brand new iPad that supposedly was coming to replace the fourth-generation iPad with Retina Display, a device more commonly known as the iPad 4. Rumors hinted at a major redesign and the addition of several high-end features. By the time Apple took the stage in late October, we knew quite a bit about the device that would ultimately hit shelves as the iPad Air.

Apple’s iPad Air arrived on shelves in November delivering big time hardware and a gorgeous redesign that made the device far more portable than its predecessors. The full-sized iPad Air kept the same $499 starting price point and it joined the iPad mini with Retina Display in Apple’s push during the holiday shopping season. 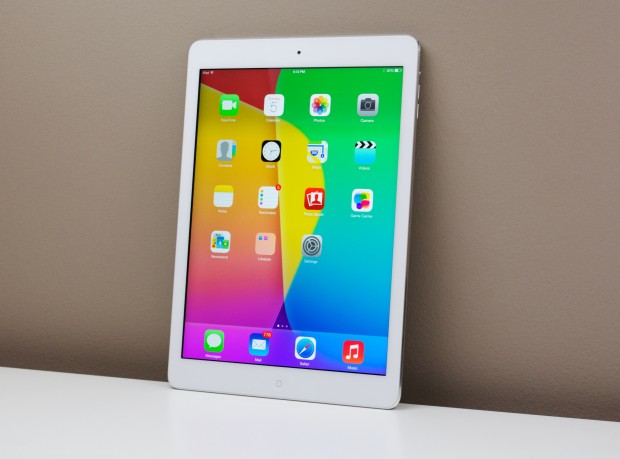 It has been a little over six months since Apple released the iPad Air but we’re already hearing about what it may have planned for 2014. Rumors suggest that the company is looking to deliver two new iPads, an iPad mini 3 and a new iPad Air, an iPad Air 2.

The second-generation iPad Air 2 is expected to arrive later on this year and rumor has it, it could come with some significant upgrades over the current version of the 9.7-inch slate. While the entire picture isn’t clear, we’ve started to key in on several of the main feature expected to debut on Apple’s next iPad.

Here, we take a look at what we’ve heard about Apple’s sixth-generation iPad, a device that we, and many others, are calling iPad Air 2.

The iPad Air design was a drastic departure from the design found on the iPad 4 and iPad 3. In an effort to make the larger iPad more portable, Apple slimmed down the frame and thinned out the bezels, change that resulted in a more compact design worthy of travel. So, given the massive changes and the fact that Apple tends to keep designs around for two years, it should come as no surprise that the iPad Air 2 is rumored to have a similar design. 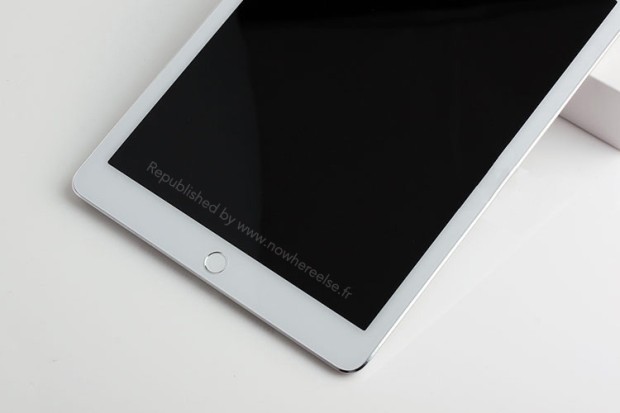 KGI Securities analyst Ming-Chi Kuo, Korean publication ETNews and a recent leak all point to a design that falls in line with last year’s iPad Air. The leak, shared by French site Nowhereelse, depicts an iPad Air 2 with a familiar design with a few tweaks. 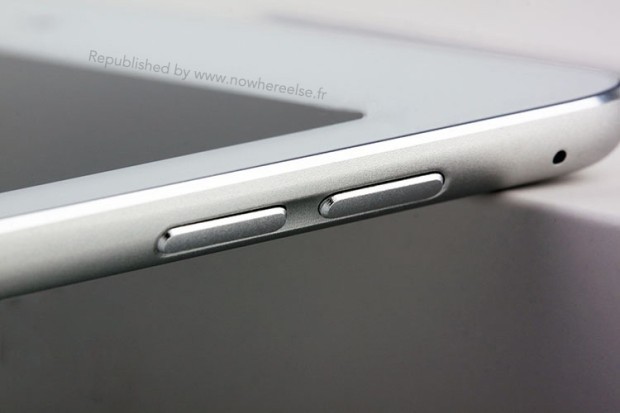 The photos show us that the new tablet will come with Apple’s Touch ID fingerprint sensor, as well as a redesigned speaker grille and recessed volume buttons. Touch ID is currently found on the iPhone 5s but rumors have continued to suggest that the iPad Air 2 will, like the iPad mini 3, possess the new technology inside of its home button. In fact, Apple’s own iOS 7.1 code hints at the arrival of Touch ID for the iPad. 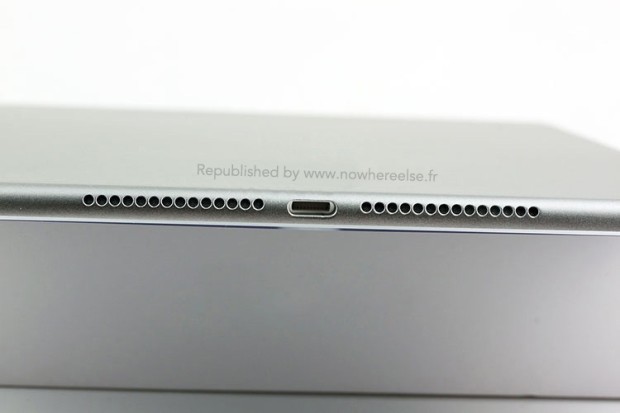 The volume buttons keep the same design as the iPad Air, but are simply recessed slightly into the body of the tablet. As for the speaker grille, the mockup that is pictured sports a single horizontal line of larger holes. This is much different than the smaller holes that were arranged in two rows on the design of the original iPad Air.

Those hoping for a massive change to the size of the display or its resolution need to start tempering their expectations. Rumors point to the same 9.7-inch screen that’s found on the current model and there is nothing to suggest that the device will come with heavily upgraded resolution. This could change as we move deeper into the year but leaks, so far, have centered around a similar screen size.

iPad Air 2 rumors have pointed to two major specification upgrades. The first, an A8 processor that will supposedly be focused on performance and battery life. The processor is also rumored to be inside the iPhone 6 and the iPad mini 3. 9to5Mac’s Mark Gurman believes that the processor will also feature an M8 co-processor that could feature new sensors. 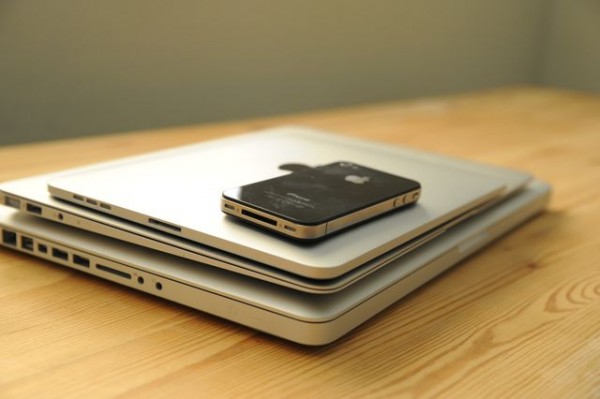 Rumors also point to a new camera. Both Kuo and ETNews suggest that the iPad Air 2 specs will feature an 8MP camera. The specifics of the camera are unknown but we would not expect it to be on par with the camera found on the iPhone 6. A comparison to the 8MP camera found inside of the iPhone 5s is far more likely.

Apple’s new iPad Air will likely run iOS 8, Apple’s brand new software and an update that will arrive sometime this fall. While Apple announced a number of features at WWDC 2014 in June, it appears that the company has a few tricks up it sleeve for the fall.

One of those tricks is thought to be split-screen multitasking for the iPad, a feature that is already available on Samsung’s Galaxy Tab slates and Microsoft’s Surface. The feature will allow users to run multiple applications on the screen at the same time.

It used to be that Apple released its iPad at the beginning of the year ahead of the summer. Nowadays, the iPad release comes in the fall, ahead of the holiday shopping season, and a few weeks after the release of the new iPhone and new iOS update. 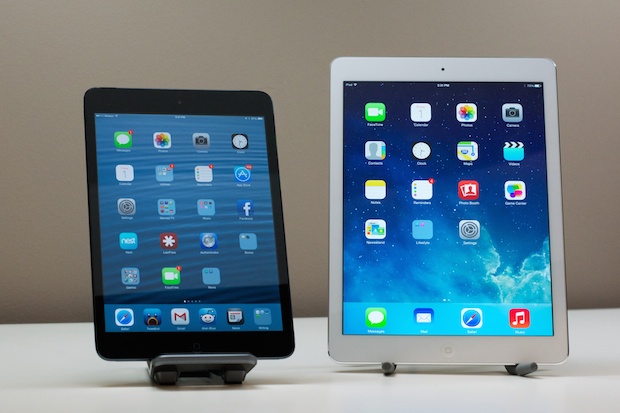