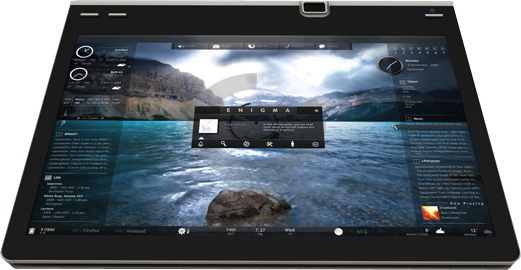 The hype surrounding iPad pre-order day is over. That will eventually make way for the hype that will come as we head to the April 3 delivery date. Already we’re seeing some new information (some of which has been released by Apple) on the iPad’s features and capability. But in addition to that we’re starting to see articles that offer alternatives to the iPad.

That’s a good thing as there are certainly more than enough POTENTIAL alternatives, and a few real alternatives out there. Here’s a thought or two about those POTENTIAL alternatives. At this point in time the only thing that is different between Tablets Yet To Come and the iPad, is that Apple has booked quite a few iPad orders. No one really knows how the iPad or any of the others will please or disappoint. Of course no one knows if any of the other Tablets will actually make it to market or not either.

Here’s a run down of some articles that list some alternatives to the iPad. Yes, you’ll see some names we’ve covered here before and will continue covering.

jkOnTheRun: The All Father of Tablet Computing puts his list together and the good thing about his list of 5 tablets (mostly Viliv products) he’s actually tried them out.

PCWorld: Jared Newman weighs in with a short list.

TechDigest: Has a list of six Tablets, including the Entourage eDGe.

I’m dreaming here of course, but in a year from now I’d hope to say I would have had my hands on all of the Tablets listed among the lists above to compare, as well as a few others not mentioned. Whether it is fair or not, that will be about the time frame that Tablets, or more accurately Slates, will be declared a success or a failure as a concept, and winners and losers will start to be declared.