As iPad Celebrates Third Anniversary, A Look at How Far We've Come

Happy anniversary! Three years ago this Sunday Steve Jobs took the stage and held up the first Apple iPad. When people come across the first generation iPad today, it might seem outdated and quaint, but when we opened the box with the first iPad three years ago, for some it was a revolution.

Mobile geeks wanted a hand-held tablet that lasted all day on a single charge. They wanted a tablet that felt like carrying around a day planner, or a thick notepad, and ran enough software to achieve most of what we did with computers. The first iPad delivered all that.

Since the first iPad shipped in 2010 the device changed the way we think about mobile computing. Now it’s all about apps. Kids used to want laptops for Christmas. Now they long for an iPad. 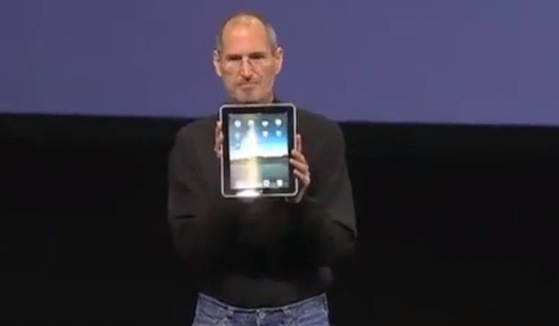 Savvy readers know that the iPad wasn’t the first tablet computer. But it was the first affordable one, and the first to go mainstream.

There are a lot of cheap sub-$200 Android tablets. And there are a lot of laptops below $400 available today. That’s at least partially thanks to the iPad, as it first lowered the price expectations. Remember, three years ago $500-$700 purchased an underpowered budget computer. Today that’s the mainstream big box price for a Windows machine. A tablet like the iPad was predicted to cost almost $1,000, and other tiny devices cost a premium for their portability.

Watch the beginning of Steve Jobs’ iPad announcement on Jan 27, 2010 below:

Thanks to the iPad portability and affordability have changed our digital habits, whether we use an iPad or an Android device. 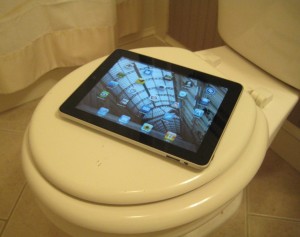 Some of us surfed the web in front of the TV with our laptops or tablet PCs before the iPad. Now studies show most of us do this. The tablet came into the living room, the dining room and even the bathroom thanks to the iPad.

Apps now make it possible for us to enjoy television events together via social networking. It keeps couples together, with one watching her favorite show while the other enjoys a video game or the latest posts from Facebook friends.

At work or school the iPad lasts all day, with 8-11 hours of battery life (battery life is, without a doubt, one of the iPad’s most underrated features that have led to it’s adoption).

With the addition of accessories like a Bluetooth keyboard or a stylus, taking notes or writing while mobile is still possible. We don’t have to carry big computer bags. Just a tablet with a keyboard built into the case, or a stylus in our pockets, if we choose.

Artists can work on a tablet without wasting paint or canvas. Teachers can connect with students, catalogue their progress and teach students with the presentation possibilities of Keynote and AirPlay over Apple TV, as well as the large library of educational games and apps.

As creative app and accessory makers innovate, the list of places tablets have shown up grows. And all this in just a few short years.

How Far Has iPad Come

That first iPad feels out of date thanks to some evolutionary changes that added up over three years. But Apple kept the important features the same:

Apple and Apple’s competitors have a bright future. As people ditch their computers and opt for tablets, manufacturers look to distinguish themselves. Hopefully this will bring more innovation.

Already we’ve seen Samsung begin to experiment with better writing experience with the S-Pen on the upcoming Galaxy Note 8, a tablet which also lets users multi-task in new ways. Accessory makers like Adonit look like they might help the iPad become a better inking platform.

Despite all that, here are some things we’d like to see in future iPads as we put the last three years behind us and look ahead:

Perhaps we will see some of these come with iOS 7 and the iPad 5.