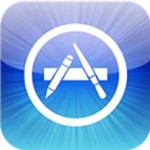 The iPad App Store recently bumped over the 100,000 app milestone, leaving the competition sputtering along with apps that number in the hundreds. We decided to dive in and see which apps are the most popular, in terms of numbers and found that even the lowest ranking iPad app category has more apps than Android and WebOS Tablets.

The iPad owes part of this success to the fact that it was first on the scene, but it also owes a lot to Apple’s marketing which pitches the iPad as whatever you want it to be. While the competition is finally trying to show what you can do with their tablets, Apple has an impressive 97,000 app lead.

On July 2nd we found 101,104 iPad apps in the iPad app store, not counting the nearly half a million iPhone apps which can scale up to run on the iPad. These apps span 20 categories ranging in size from 401 apps to an astounding 19,565. The iPad apps range in price from free all the way up to $999 and cover a wide range of interests, hobbies and careers.

You might think that Apple is cheating by pulling in books, but this category isn’t based on the books available in iBooks. The Books category is actually made up of book apps like iBooks, Kindle, Comics and dedicated book apps.

In the end, it’s not the sheer number of apps that helps the iPad beat down competition again and again, it’s that the iPad app store doesn’t leave most users wanting for an app to fill their needs. In addition to covering all the bases, the large install base of paying app customers allows iOS developers to put the time and effort into niche apps that can find a large enough audience on the iPad to be worthwhile.