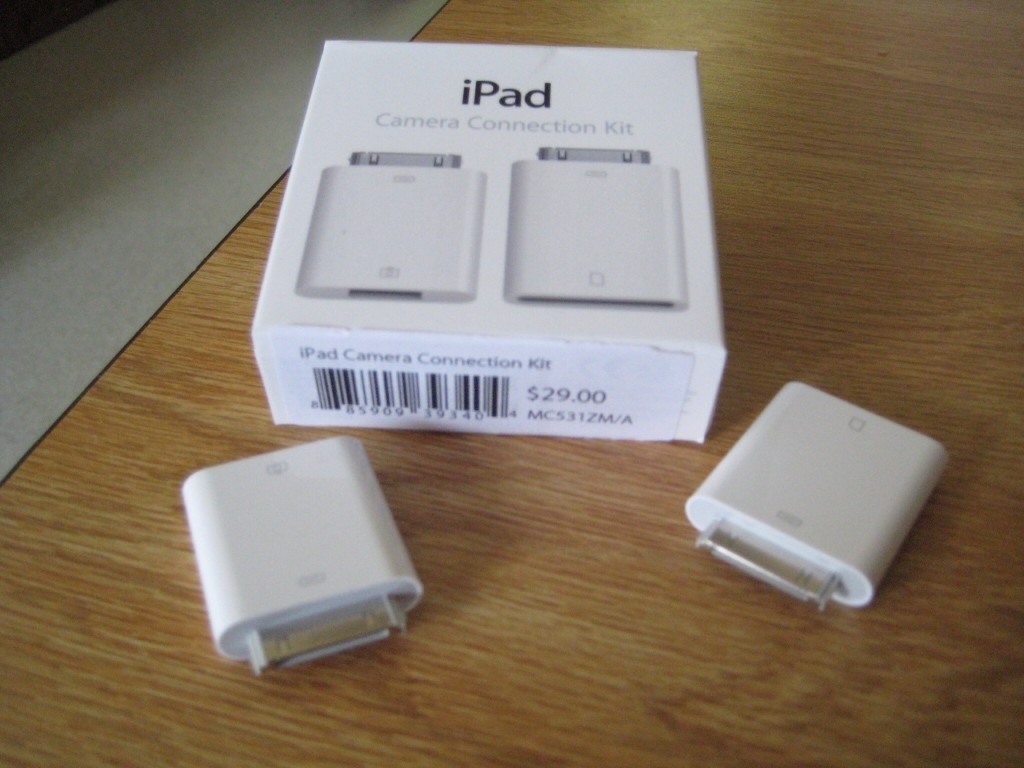 I’m spending a good deal of time with my Mom since the middle of last week. Today while on a bit of a break and being spelled by my sister, I headed over to the Apple Store just to take a look around. I wasn’t shopping but just checking in. I noticed that the iPad Camera Connection Kit was on the shelf so I thought I’d pick one up. I’ve seen reviews and posts that look like this accessory might actually offer more than we all thought initially.

But given that I’m away from home I can’t comment on any of that additional functionality. What I can say is that dumping photos from a camera’s SD card into the appropriate connector works as advertised.

The kit comes with two connectors, one for SD cards and one if you’re using a USB cable connected to your camera. I’ve only tested the one of SD cards. Once you insert the SD card into the slot, the iPad’s Photo App opens up and you can choose to import all or selected pictures from the card. Once the import is done you are given the option of deleting the photos or keeping them on the source. The import created two albums. The first is Last Import and the second is All Imported.

So, in essence it does the trick if this is the trick you’re looking to accomplish. That said, I’m anxious to see what other tricks these connectors might be able to do, or rather what some intrepid developers might come up with for them to do. 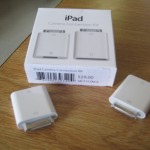 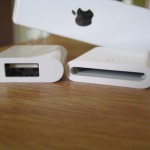 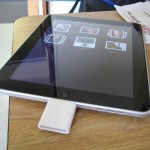 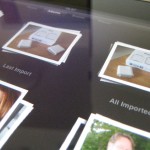 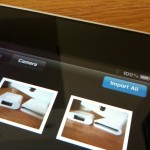