Though the new iPad has a better camera than its predecessor, I don’t recommend using it as a camera. Why? It just looks ridiculous, it’s impractical and the iPad can be disruptive in some environments. The iPad is good for a lot of things, but any mediocre point and shoot camera is better than Apple’s tablet for taking photos and video.

With a five-element lens, the new iPad takes much better images than the iPad 2 and the original iPad. Its rear camera can shoot 5 MP images and record 1080p video at 30 frames per second. Some iPad users are able to get pretty decent results in certain conditions, but that doesn’t mean people should replace their cameras with iPads. 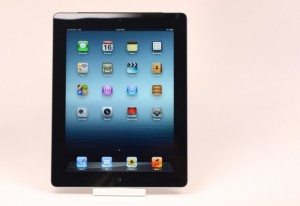 I’m starting to notice more and more people recording and shooting with iPads in public. What’s more disturbing is that they’re often carrying a device that’s better suited for the task.

I’ve witnessed parents trying shooting soccer games with iPads and countless people shooting San Francisco Giants games at AT&T park.The iPad’s large display gives users a false sense of framing as the subjects are relatively large compared to how they appear on the back of a digital camera or smartphone display. They also completely block off users’ live view of events, forcing them to experience them entirely through the iPad. It’s pretty easy to glance over the top of a digital camera or smartphone as you shoot, but it’s more difficult to do so with the iPad.

Take for example the friendly couple in the below photo at a luau and hulu performance in Hawaii. On the way into the venue they asked me to take a photo of them in a garden. The photo turned out well enough, but the only thing I focused on was making sure I didn’t drop the case-less iPad. 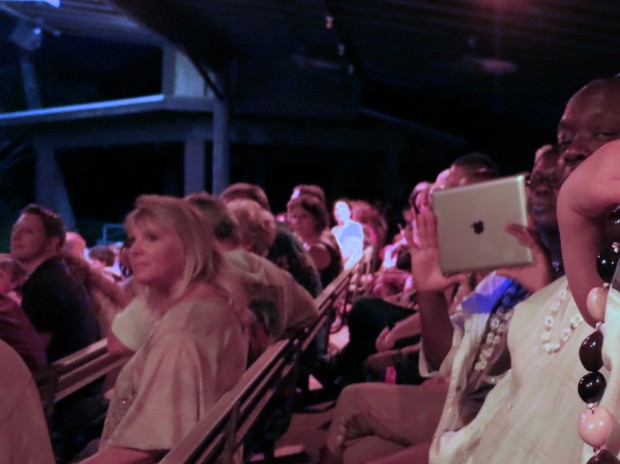 After dinner we moved to an outdoor theater to watch the show. Out came the iPad and the couple proceeded to shoot video. The bottom half of the iPad’s display was filled with the heads of guests a row ahead. The couple took turns passing the iPad back and forth as they recorded the show. The result is at least an hour of shaky, unwatchable video. As an added bonus, the iPad’s 9.7″ display throws off enough light to disrupt others’ viewing experiences.I almost said something to the couple, but bit my tongue.

The iPad can be used to snap pictures in a pinch, but if you’re going to a special event you should really bring along a more appropriate camera.

Do you notice iPads being used as awkward cameras in public? Have you ever seen decent results?