We’ve tracked down a few iPad 2 deals and iPad mini deals for users looking to get an iPad at the lowest possible price, but there are also some deals to be found on the iPad 4 which offers a larger Retina Display for not much more than the iPad 2’s regular price and it delivers way more performance than the iPad 2. iPad Air deals for the holidays will be the harder to find, but there are some options out there.

While the iPad deals in the last couple of weeks offered up to $150 off some models and $100 off the iPad 2 and off the iPad mini most of the current iPad deals for December 2013 will require users to sign a contract or to buy a refurbished iPad. 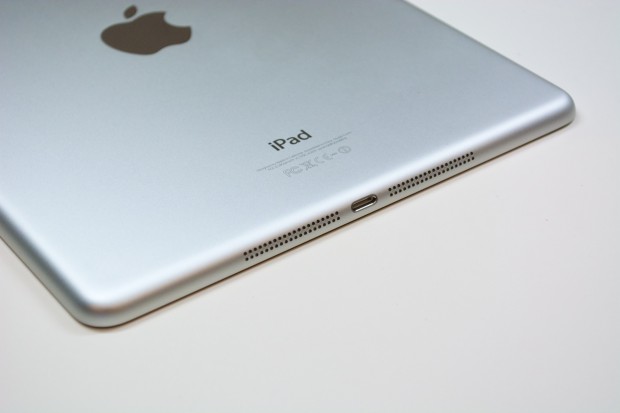 Here’s how to find the best iPad deals in December 2013.

One thing you need to keep an eye on while looking for iPad deals during the holiday season are fake deals. Normally this is not an issue with the iPad as Apple’s pricing is pretty clearly posted and most retailers cannot inflate the retail price, but we are seeing Staples show the iPad mini starting price at $329, with a sale price of $299. The new iPad mini price is $299 after Apple dropped the price earlier this year. Apple isn’t in the clear here either. The refurbished iPad deals use the original retail price to calculate the savings, exaggerating the savings on the iPad mini deals by $30.

The best iPad deals this month, without any strings attached, come from the Apple refurbished iPad store. This is the easiest way to save $50 to $120 on an iPad and still get the retail packaging and a full one year Apple warranty. If you buy a refurbished iPad from Apple there is no noticeable difference to the user, as Apple will not ship one with marks on the back or other damage. 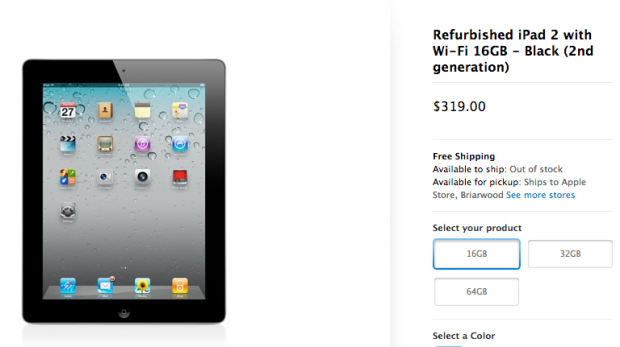 These iPad deals come and go so you need to check back often, but the iPad 2 deals are very tempting for many users looking to get a cheap iPad as a gift. The iPad mini deals are also good with starting prices that match some Black Friday deals. In addition to the base models, shoppers can get an iPad with more storage or with 3G or LTE connectivity from the store at a deep discount.

Currently the iPad 4 is $379 in the refurbished store, which is a much better deal than a new iPad 2. The other items are not in stock, but it changes fairly regularly. You can use this tracker to get an email when new models are added.

Without a major shopping event to force prices down, there are still some ways to save on an iPad in December, but they only make sense if you are already planning to switch services or want to keep a 4G LTE tablet for two years.

AT&T, Verizon and Sprint offer $100 off any cellular iPad model if you sign a new two-year contract. T-Mobile offers the iPad Air for $0 down, with a two-year payment plan for the tablet. Many users prefer to use pay as you go data on the iPad so they can turn it on or off as it is needed, but if you plan to add the iPad to a family plan and will keep service for two years, this is an option.

Save big on iPad deals if you are switching phone, TV or Internet services.

Another option could offer up to $250 off a tablet at Best Buy which includes the iPad Air, iPad mini, iPad 2 and even a potential iPad mini Retina deal, if you can find it in stock. This deal requires you switch phone, internet, TV or home security services to a new service at your address. Two new services nets you $150 of and three gets $250 off. Be sure to read the fine print on this one.

If you can’t find any iPad deals at the route above, you can look for open box iPad deals at Best Buy and other retailers that offer similar deals. Unlike the refurbished products, there is no promise that these come with all the parts and are free of damage, so be sure to scrutinize them before buying. Some deals only offer $12-$20 off which isn’t worth buying open box, but there are some iPad deals for $100 off the iPad 2 and discounts on LTE models.

There are some big iPad 2 deals on open box items, but pay close attention to any damage.

The open box iPad deals are only available in store at Best Buy, and vary by location, but you can check the stock of your local Best Buy’s open box items online and then head to the store to buy one. Use this link to see the iPad deals at your local Best Buy. You will need to change the area to see your local stock. When you get in store, check the condition of the item to make sure it matches the online description. We found several iPad 2 deals, but the deepest discount is for one with a cracked back, which may not appeal to most shoppers.