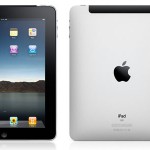 Apple announced that May 28th is the day that the rest of the world gets to unpack their iPads. Well at least some of it.

The iPad will be released to Australia, Canada, France, Germany, Italy, Japan, Spain, Switzerland and the UK on a Friday in a little over two weeks. If you live in Austria, Belgium, Hong Kong, Ireland, Luxembourg, Mexico, Netherlands, New Zealand or Singapore you’ll have to wait a bit longer…

However, if my experience is anything to go by, many international customers have not been prepared to wait for Apple to deal them into the iPad game.

I took my iPad (picked up from the US the week after launch) to the ABITE Business and IT Expo in Sydney 2 weeks ago. I was naively expecting to be the only person there with a shiny new iPad. As it turned out, the guy at the stand next to me had one too and there were at least 2 other iPad owners present at the small expo in Sydney.

The salesman at the store in Austin, Texas related that he had made a number of sales to visiting Australians in the opening week. It shouldn’t surprise me really because living down under means that we are expected to wait for a lot, but that doesn’t mean that we are patient.

One thing that I am looking forward to is being able to use my Australian credit card in the App store. Finally I’ll be able to purchase the all important “apps” like Flight Control HD! Hoping to finally pick up a good case for it too.