If you are looking to buy the best iPad and iPhone apps out there at a discount, Christmas is a perfect time to be shopping. A collection of iOS 7 apps are discounted by up to 60% off through the next week for users to stock up or to give the app as a gift.

With 15 participating apps and one extra that is sure to be fun for the family when you are celebrating the holidays, you can save some cash and get apps you will use throughout the year. 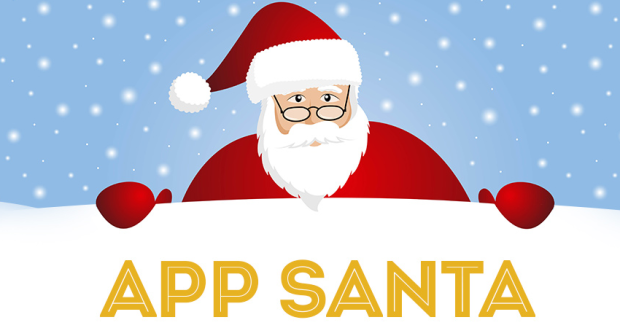 App Santa is a combined effort of several developers, and the apps are on sale for the next several days. You can purchase them in iTunes on your iPad, iPhone or computer.

Another app that is on sale this week is SketchParty TV, a Pictionary-style drawing game that is loads of fun and uses the Apple TV to display what the user is drawing so team members can guess what he or she is drawing. This is simple to set up and works on the iPad or iPhone with your finger or a stylus. SketchParty TV is $2.99, down from $4.99.

If you want, you can send these apps as a gift by opening the app link in iTunes and picking Gift This App in the dropdown below the app icon.You can send the app now, or you can send it on a specific day, such as Christmas Eve or Christmas Day, or any other day that you want.