The iPad mini 2 release could come as soon as November 1st and it may include a bigger battery and a slightly thicker design to deliver the same long battery life Apple offers on the original iPad mini.

Rumors have long talked about the iPad mini 2 with Retina Display, but many accounts fail to address the higher power requirements of a high-resolution display. When Apple introduced the iPad 3 with a Retina Display it was slightly thicker than the iPad 2, which is what we could see again in 2013 with the iPad mini 2.

If Apple does add in the bigger battery, expect an iPad mini 2 that is also slightly heavier. The iPad 4 is 8% heavier than the iPad 2, and if the iPad mini 2 gains weight in a similar fashion it could bounce up 25 grams to 337 grams. Assuming this is a valid weight gain it would be like taping five nickels to the back of the current iPad mini, or in other words, not consequential. 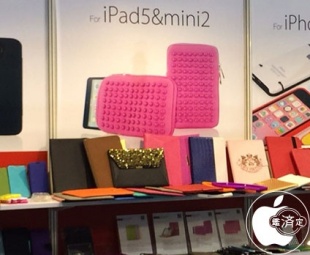 Case makers in Hong Kong prepare for a thicker iPad mini 2 with a Retina Display.

The latest report of the iPad mini 2 with a Retina Display comes from Macotakara.jp, a Japanese Apple publication that talked to case makers at a trade show in Hong Kong. The case makers believe the iPad mini 2 will measure 7.5mm thick, an increase of .3mm from the current iPad. For comparison that’s about a third of the thickness in a standard wire paperclip. The image below shows the increase in thickness when Apple added a Retina Display to the full size iPad. 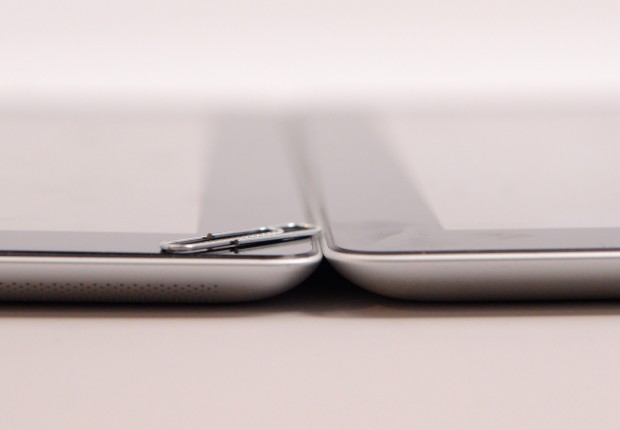 If the iPad mini 2 is thicker thanks to a Retina Display, don’t expect a noticeable increase in size.

According to the reports some case makers are planning iPad mini 2 cases that are slightly thicker. Case makers often connect with sources deep in the Apple Supply chain to gain access to the same parts that we see leaked online. Sometimes these are spot on leaks and other times case makers will use bad information to make cases before Apple announces the product. Sometimes this works out well, and other times manufacturers are burned by bad intel.

When Apple officially announces new products the company offers a diagram with complete specifications and advice on how much room to leave near cameras and ports. Many case makers will adjust cases to fit the official specs, which typically reduces the number of case options available at release.

The iPad mini 2 may arrive at the rumored fall 2013 iPad event later this month. We are waiting for Apple to send out invites for an event on October 22nd, which may happen later today. The iPad mini 2 release date is predicted for October 30th or 31st, but past Apple actions suggest November 1st is a more likely date.