The iPad mini 2 launch date may be more than a month away but that hasn’t stopped alleged photos from leaking out, showing off the back housing of what very well could be Apple’s new iPad mini.

We’ve seen rumors of iPad mini 2 production hint at a November release date, same as last year’s iPad mini, but nothing has been set in stone quite yet leaving consumers with plenty of questions. 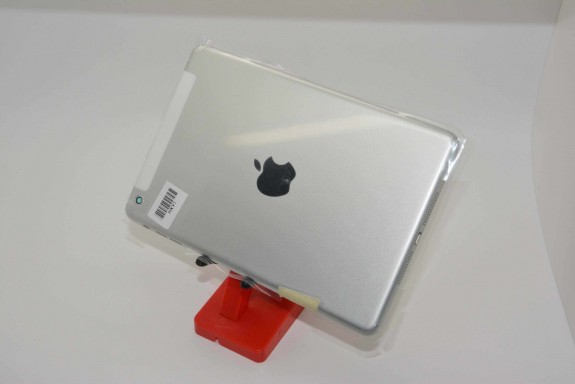 This could be the back housing of the iPad mini 2.

It appears that one of those questions may have been answered as the resourceful Sonny Dickson has shown off what he is claiming to be the back shell of the iPad mini 2. The shell shows off a silver finish with an Apple logo dead in the center of the design. It shows off a spot for a rear camera sensor, something that was included on the iPad mini, and we see holes for the volume rocker and the orientation lock. 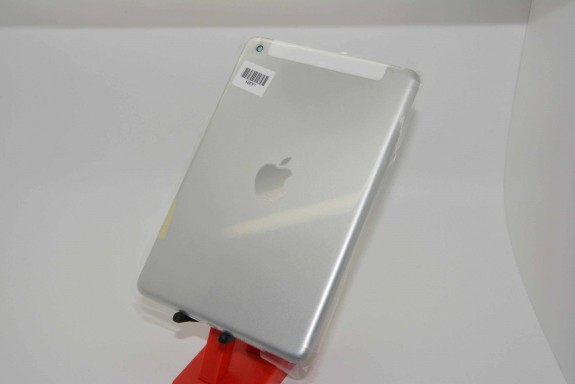 The iPad mini 2 is rumored to have a Retina Display on board.

The back housing doesn’t suggest any major design differences from the iPad mini 2 and that lines up with what we’ve heard already about Apple’s upcoming tablet. The device is expected to retain the same size display, though it is expected to have Retina quality resolution with a higher pixel-per-inch count. It’s also thought to have a more powerful processor to support the higher resolution display.

Apple is also expected to debut another big name tablet later this year in the form of the iPad 5, a device that is said to be borrowing the design of the iPad mini and could be announced alongside the new iPad mini 2 later on this year. 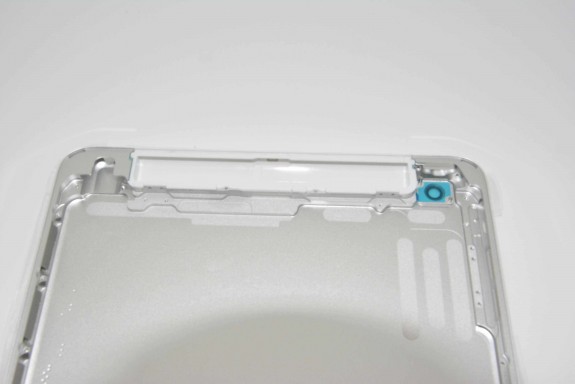 The iPad mini 2 could feature an upgraded camera sensor.

Release dates for the two devices are unknown but they are likely to be out sometime before or during the holiday shopping season.