Apple’s iPad mini 2 plans are leaking out faster as we approach a rumored October launch event, as a new set of photos reveals an alleged iPad mini 2 in gold with a fingerprint sensor and a well-known Apple leaker shares details about possible iPad mini 2 specs.

Leaks indicate the iPad mini 2 will look a lot like the iPad mini that is on shelves now, but it appears that it could sport a big boost in power and there is a chance it will use the Touch ID sensor that Apple debuted in the iPhone 5s earlier this month.

We’ve already laid eyes on an alleged Space Gray iPad mini 2, and this morning new photos from DoNews appear to show a gold iPad mini 2 with a Touch ID Sensor. 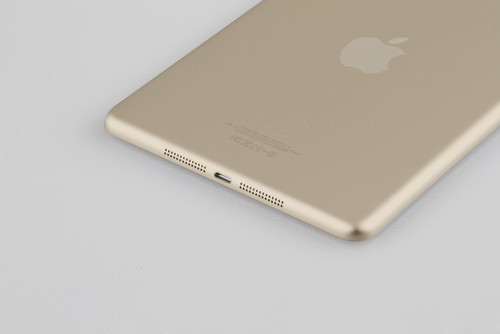 Is this the gold iPad mini 2?

The publication shares two photos showing a gold back and a closer photo showing the what looks like a Touch ID sensor with a gold ring around the home button. 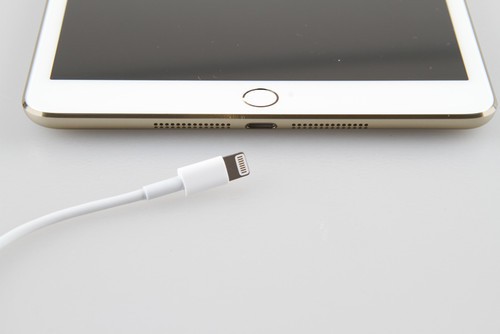 The iPad mini 2 could feature a Touch ID fingerprint sensor.

This is the first photo evidence of the Touch ID sensor in the new iPad mini. Sonny Dickson, the source of many iPhone 5s and previous iPad leaks claims Touch ID is definitely coming to the iPad mini 2.

And Yes Touch ID is coming to the iPad Mini 2

Mark Gurman at 9to5Mac is less optimistic about a Touch ID sensor in the iPad mini 2 and in the larger iPad 5, writing that there is, “likely no Touch ID,” for either model in a look at Apple’s potential announcements earlier this week.

According to Dickson the iPad mini 2 will come in gold, space gray and silver and he shares what sources are telling him about iPad mini 2 specs. It looks like the iPad mini 2 could feature an Apple A7 processor and a M7 coprocessor as well as 1GB of RAM.

Apple could hold an iPad event for October 15th where we could see the iPad mini 2 announced alongside an iPad 5 and possibly new MacBook Pro models.