Rumors suggested that Apple would be debuting two new iPads at today’s event in San Francisco and unsurprisingly, those rumors panned out as Apple confirmed a new iPad Air (iPad 5) and a new, iPad mini 2 with Retina Display. 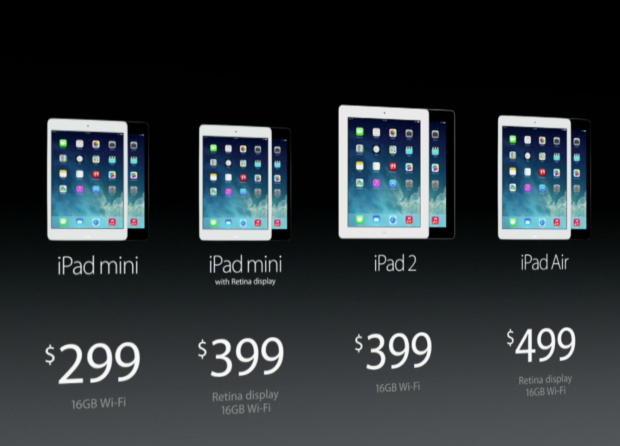 Apple is dropping the price of the original iPad mini down to $299 for those looking to snag a new iPad with a budget price. It will join the iPad 5, now known as the iPad Air, and the iPad 2 in Apple Stores. The iPad Air will cost a familiar $499 while the iPad 2 will come with a $399 price tag. 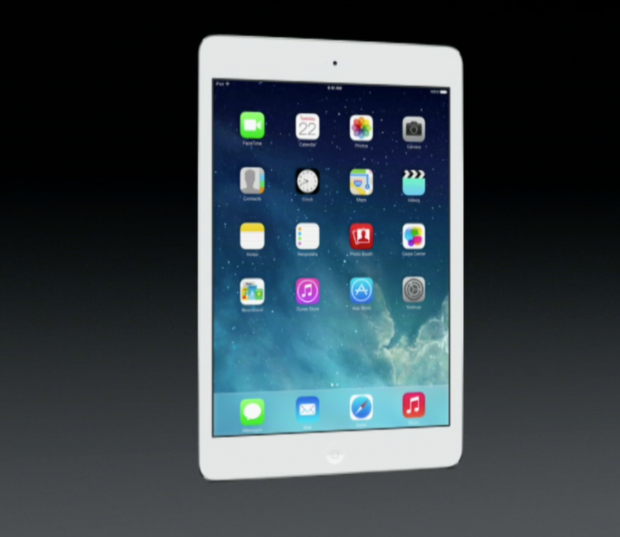 The company did, however, say that the devices would both be out for the holidays so we expect Apple to deliver the device on schedule in November. Apple did not announce pre-orders for the iPad mini 2 or the iPad 5, meaning, we could see them go on sale on their release dates.

The iPad mini 2 will be coming with an assortment of upgrades including a brand new, 7.9-inch Retina Display with high resolution, something that Apple kept off the original iPad mini. The device will be coming with an A7 processor, just like the new iPad Air (iPad 5) and it will come with brand new Wi-Fi, extended LTE support and a new iSight camera. The device will run iOS 7.