Apple will announce a smaller tablet, likely called the iPad Mini on October 23rd, but despite the need to compete with cheap tablets Apple would be foolish to release an 8GB tablet.

Rumors of a cheap 8GB iPad Mini continue to surface as we approach the iPad Mini announcement. This 8GB iPad Mini could help Apple compete with the $199 Nexus 7 and Amazon Kindle Fire HD, both of which start at $199 with 8GB of storage.

With no ability to increase storage size after purchase, increasing app sizes and larger HD video files there’s no room for an 8GB iPad Mini in Apple’s lineup or in the hands of consumers.

Apple is already in the process of increasing the storage size of portable devices. With Apple’s focus on the user experience it is more likely Apple will avoid an 8GB iPad Mini and the hassles that come with smaller storage size.

App Sizes on the Rise

The average size of iOS apps increased 16% overall and 42% for games since March. ABI Research found the average app is now 23MB in size, an increase of 16%, and the average iPhone and iPad game grew to 60MB. 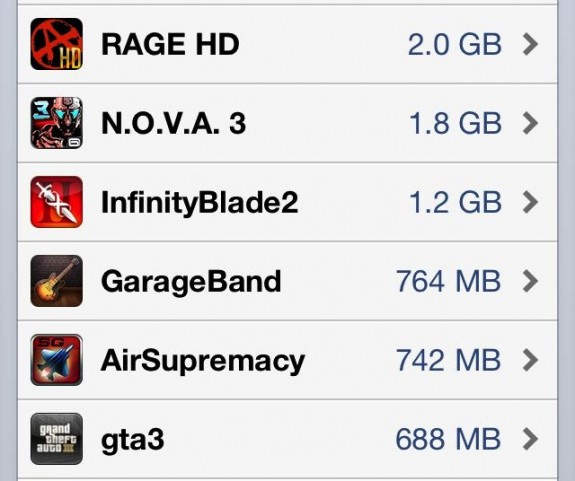 App sizes are one reason an 8GB iPad Mini is a bad idea.

The increase in app size isn’t a trend we expect to see reverse, especially as developers work to deliver better looking games and apps.

The iPhone 4 8GB offers 6.4GB to 7GB of usable storage, barely enough for a handful of apps, photos and an HD iTunes movie. The iPad Mini will be sold as a perfect portable device for reading, gaming, watching movies and showing off photos, activities that are cramped by an 8GB size.

A problem we encountered on the 8GB Nexus 7, even with smaller app average app sizes.

Apple is already in the process of abandoning small storage sizes for devices that run iOS. The iPhone 4S is now available at $99 with 16GB of storage. When the iPhone 4 dropped in price, storage dropped as well. The new iPod Touch starts at 32GB and even the iPod nano starts at 16GB. 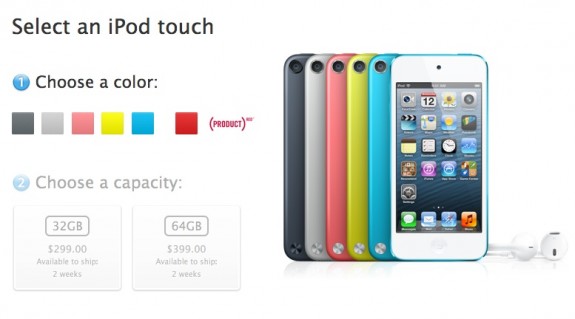 Even with connectivity and the cloud, Apple understands consumers want to store apps, movies and media locally. With app and media file sizes increasing and mobile data plans dropping unlimited plans, the available storage on mobile devices, like the iPad Mini, must keep up.

Read: iPad Mini Release Date – What Not to Expect

Apple is expected to announce the iPad Mini on Tuesday October 23rd, and may start taking pre-orders later that day or by the end of the week. November 2nd looks good for the iPad Mini release date in stores and online. We anticipate Apple will announce several other products at the iPad Mini event.