At its media event, Apple debuted the iPad Mini and compared its 7.9-inch iPad tablet against Google’s popular Android-powered Nexus 7, highlighting 4G LTE as one of the many differentiators. This will allow users to have constant, ubiquitous access to information, the web, app stores, and more from every where there is cellular reception.

Apple says that the 4G LTE chipset is the same used as the one in the newly introduced fourth generation iPad that was also introduced today that brought the iPad to Sprint’s Now Network. 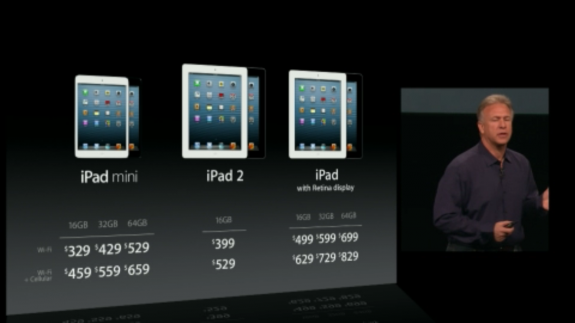 The iPad Mini will likely debut on AT&T Mobility, Verizon Wireless, and also now on Sprint Nextel. Despite announcing 4G LTE, Apple did not mention specific carriers for the iPad Mini. 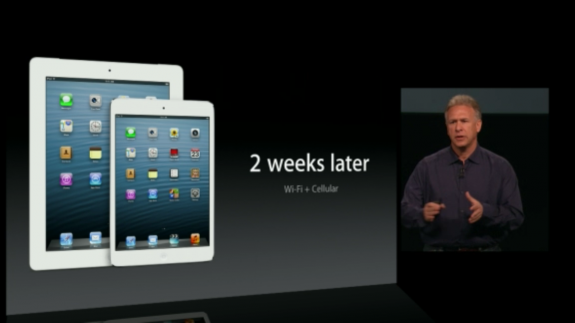 Compared to the Nexus 7, which debuted with just a WiFi-only model, the iPad Mini will be more attractive to users who always need to be connected while away from their desk. Having built-in mobile broadband access will mean that users will not only not have to search out WiFi hotspots while out and about, but won’t have to fumble around with trying to tether their smartphones to their iPads.

Additionally, with AT&T’s and Verizon’s shared data plans, it would make it less expensive for customers to add an iPad to their voice and data plans; adding a tablet costs just $10 extra a month, and the iPad Mini would share in the data bucket allowance. Sprint does not have shared data.